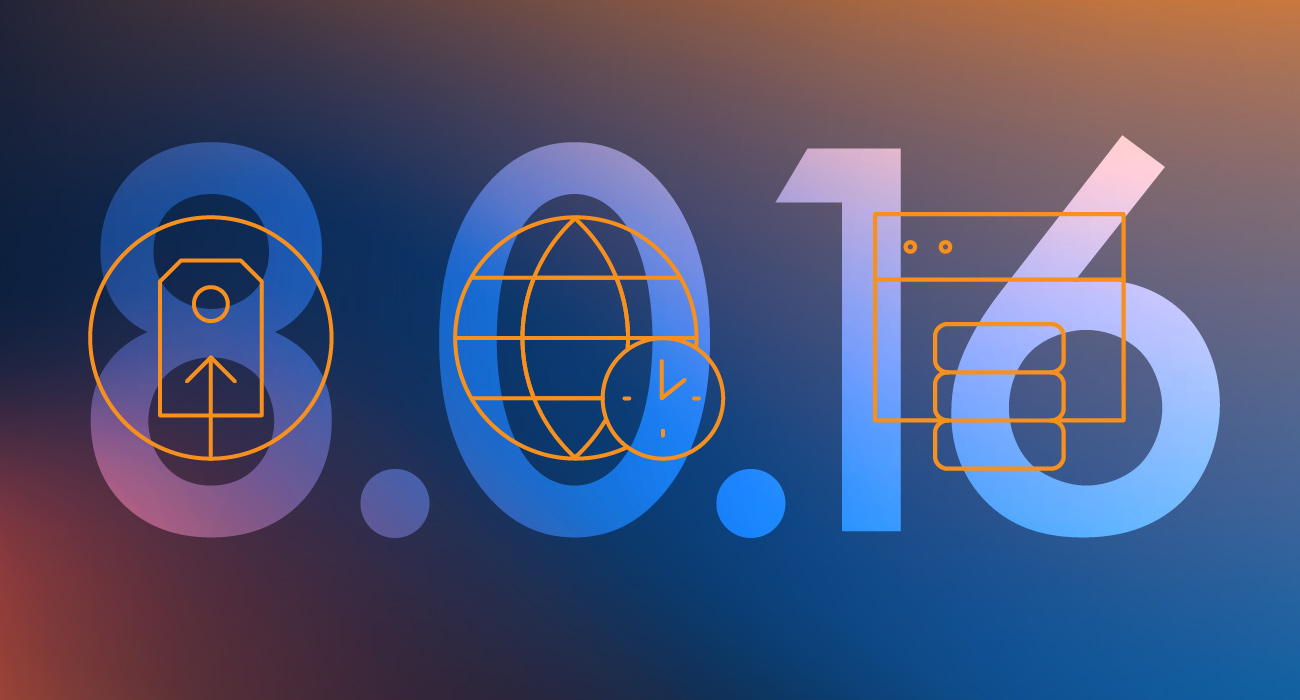 Our newest release, 8.0.16, just arrived at the station, bringing with it some improvements to the Tag Editor, Perspective Sessions, and the Vision Module. Read on further to learn more about the updates in Ignition 8.0.16.

Starting in 8.0.16, you can use Security Levels to restrict edit access to tags in Tag Providers, allowing you to determine which specific users with Designer access are allowed to make changes to things like UDTs in a provider.

If you’ve been using Ignition since the version 7 days, you may recall a similar feature existing. With version 8’s new tag system, the old setting didn’t mesh well, so we temporarily removed it while strategizing a new approach.

Starting with 8.0.16, when you edit a Standard Tag Provider, you’ll be greeted with the new Tag Editing Permissions setting: 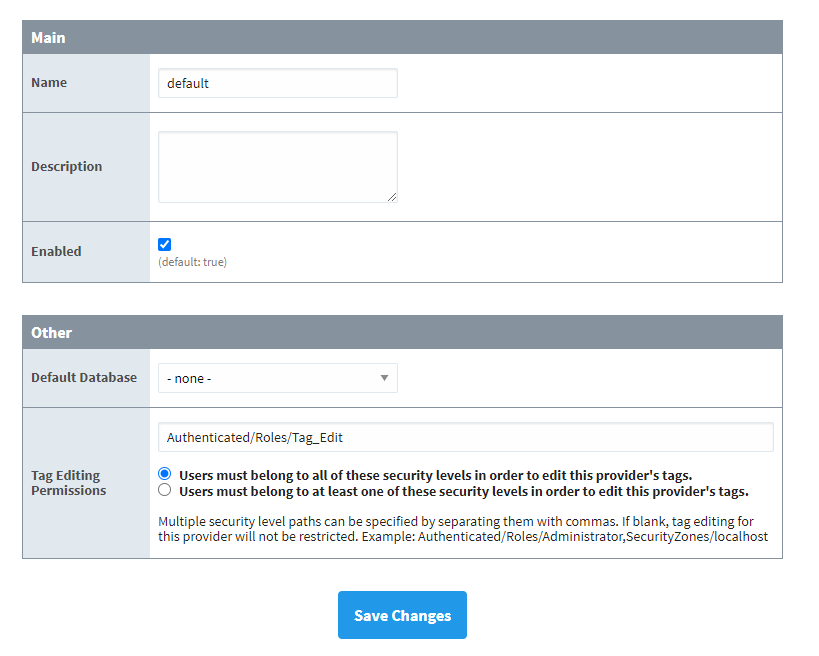 The verbiage on the radio buttons may seem familiar if you’ve tried using Security Levels in Perspective. Basically, you can specify a number of Security Levels (delimited by a comma) that dictate if a user needs all defined levels, or just one of them to be allowed to edit tags.

Once enabled and opted in, attempting to edit a tag will throw an “Access Denied” message, and prevent the edit. This applies to making changes from the Tag Editor, writing to tag properties in the Tag Browser, using the system.tag.configure function, and even “wild card” stuff like binding tag properties bi-directionally to a Vision component (yes, we check the security levels even in the Vision and Perspective runtimes).

In addition, this setting also dictates if the user is allowed to make new tags, as well as delete existing tags. Never again will you have to worry about a new application designer accidentally deleting that critical UDT definition.

As a friendly reminder, please note that editing a tag is technically a different thing than writing to it. Sure, writing to a tag is technically just editing the value property on the tag, but we felt the property should make the distinction between writing to the tag’s value, and altering the behavior of the tag altogether. Thus opting into this new setting won’t inhibit any existing write permissions you may have configured.

As always, we try to be careful when adding new features like this. By default, no restrictions are applied, so this feature won’t impact existing systems upon upgrade.

Next up, we have a new area of Project Properties, dedicated to detecting inactivity in Perspective Sessions. 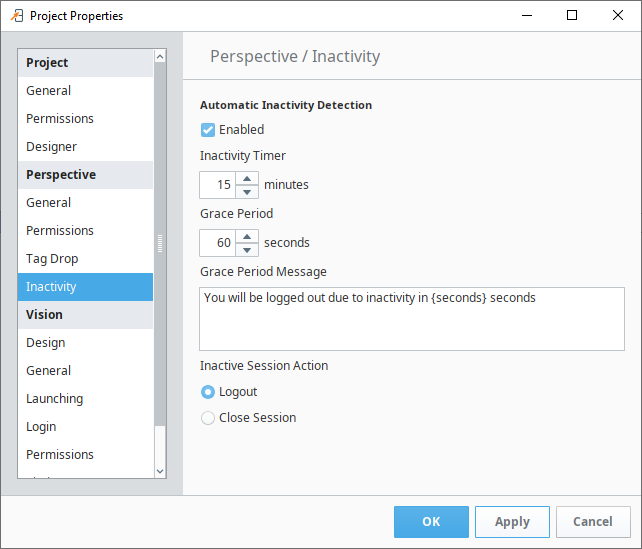 We found a lot of users requesting a way to figure out how long it has been since a user was “active,” or interacting with the session on a semi-regular basis. With regards to Vision, we found users generally utilized the built-in system.util.getInactivitySeconds function to determine if a user is currently active.

More often than not, a user being considered “inactive” is generally used as a way to trigger some sort of logout behavior: the idea being that an “inactive” client suggests the user may have stepped away. Thus getInactivitySeconds calls are generally followed up by scripts that either switched to a lower access level user, or logged the user out of the client altogether. Considering this is such a common practice, we decided Perspective should have a more integrated solution.

Regarding how this works, it’s fairly easy to use. First you have to enable the inactivity detection, then define how many minutes need to go by before the session is deemed inactive. There’s an optional Grace Period property (optional in that you can set it to 0), that shows the user a countdown, giving them a chance to interact before the Inactive Session Action occurs. You can see the grace period notification below: 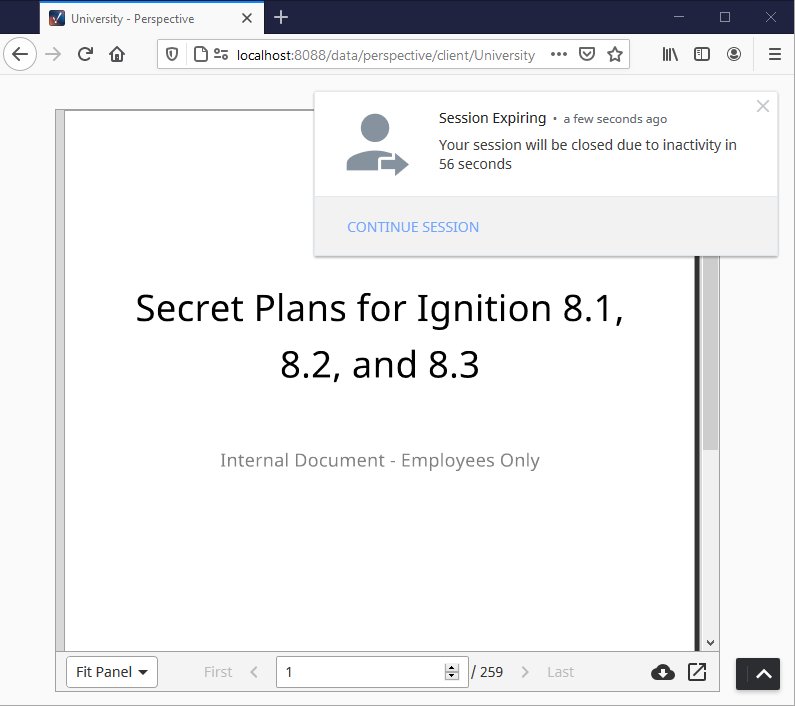 Ignition 8.0.16 also features a large number of quality-of-life improvements for Vision. Instead of taking a deep dive into each, I figured I’d mention a handful of standout changes.

We added a new “Row Height” property to the Dropdown List component, allowing you to specify how tall each item should be in the expanded list.

In addition, we gave the same treatment to dropdown lists available in the Power Table’s configureEditor extension function, via a new “rowHeight” key you can provide.

When hovering over a component in the Project Browser, we’ll now show you a tooltip that declares the name of the component, making it much easier for folks newer to the module to be able to decipher existing projects. 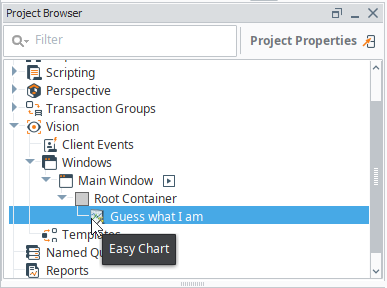 When adding a note, the text field will immediately gain focus, no longer requiring an additional click before users could start typing. It’s a small change, but goes a long way to improving usability.

The Updates Keep Rolling In

To learn more about all of the other changes and updates in 8.0.16, check out the release notes or the Ignition User Manual. As always, we encourage you to tell us what you think and what you’d like to see in upcoming releases. As the release train keeps on pace, keep on the lookout for 8.1.0 as it arrives at a station near you soon.

New Options and Important Changes Coming to our Support Program