The Software Engineering team has been hard at work delivering another feature-packed release, and in my opinion, they’ve outdone themselves this time. Version 8.0.3 contains well over 150 changes!

It’s difficult to convey the amount of content in this release without turning this blog post into a novel, so we’ll start with focusing on some of the biggest, most noteworthy updates. 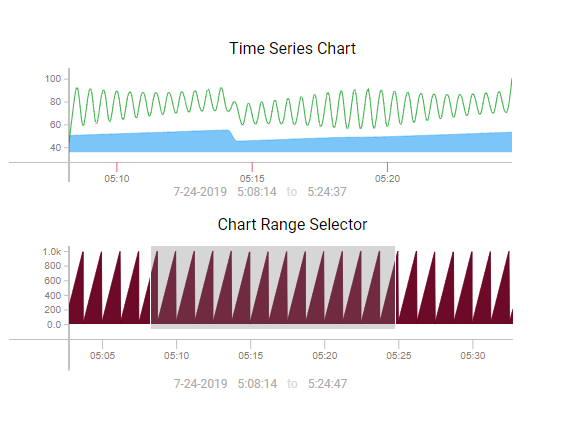 While similar in appearance, the two components serve different roles. The Time Series Chart is the new go-to chart for time series data. It features a wealth of configuration options, such as subplots, multiple axes, panning, zooming, annotations, and more!

The Chart Range Selector, on the other hand, is considerably simpler. It also is a chart designed to display time series data points, but the standout feature of this component is that users can select or “brush” a subset of data points on the chart. The start and end dates of the brush are exposed as properties on the component, allowing other components to use the selected date range.

The Perspective Alarm Status Table serves as a counterpoint to the Vision component and allows easy access to real-time alarm information out of the box.

This new component contains the most popular features from Vision’s iteration, such as acknowledgment, sorting, and shelving. But it also includes a couple of new tricks, such as the built-in filter, allowing users to search for specific alarms. Users can easily search for alarms based on the criteria of the alarm, such as the name or priority, without needing additional components.

In the past, installing a security certificate on the Gateway’s web server was an involved process, requiring additional software installations (notably, the JDK), mountains of documentation, and some terminal commands to start the whole process. Additionally, users needed a base understanding regarding what to do with the certificates returned from the Certificate Authority, as it is extremely easy to import them out of order.

In 8.0.3, we’re introducing a new section of the Gateway that aids in installing these certificates. This section provides a form that can be used to generate signing requests, a drag-and-drop interface to help import certificates into the keystore, as well as built-in validation that can notify when a certificate has been uploaded out of order. This new feature removes many of the pain points associated with implementing security certificates, making it much easier to enable SSL/TLS. 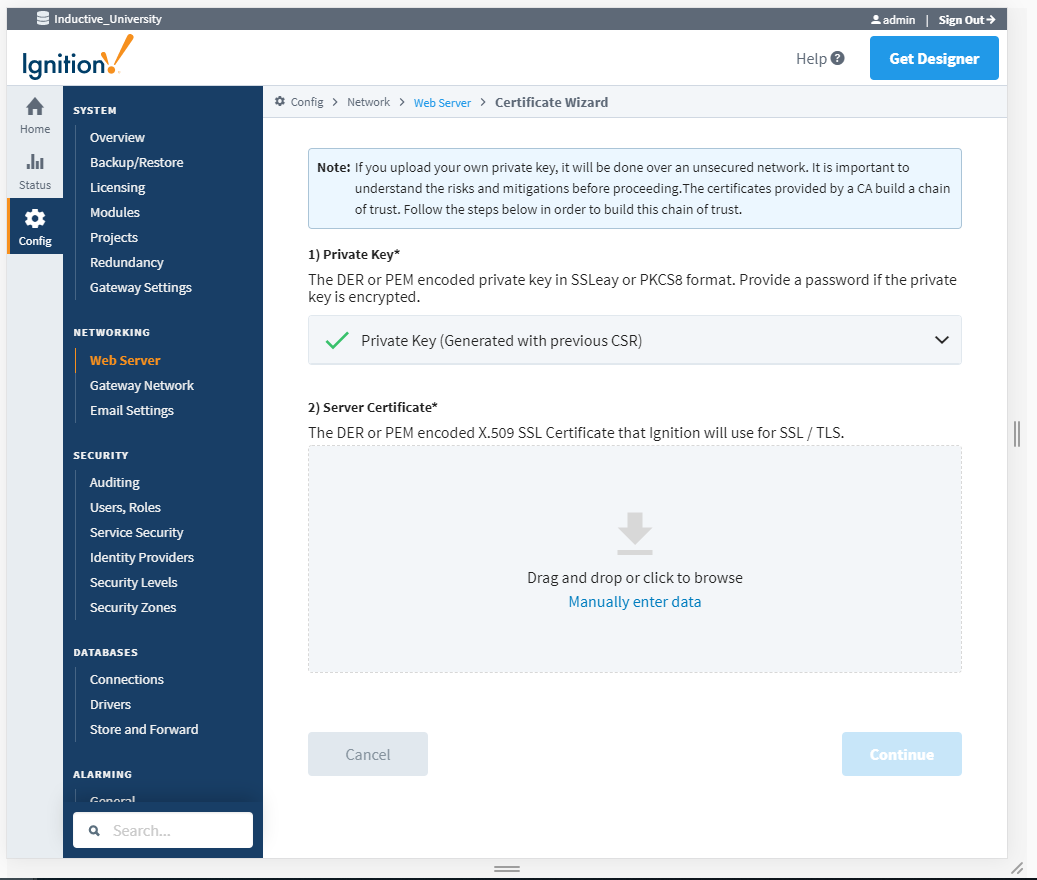 In the interest of brevity, here is a summary of some of the other features that were added in this release:

As always, the changelog and Ignition User Manual detail the rest of the changes in this release. The next train reaching the station will be 8.0.4, so we’ll see you then!