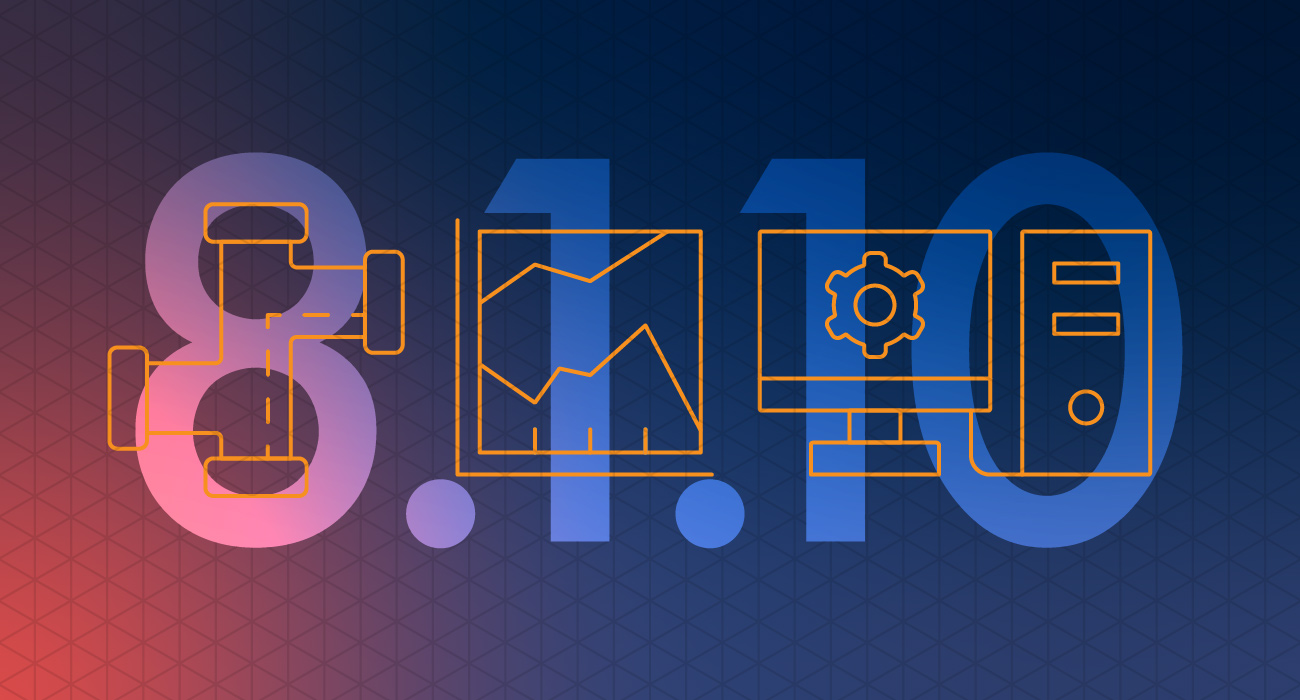 As the morning dew settles and the sun peaks over the horizon, a faint sound can be heard rumbling in the distance. As the sound grows louder, emerging over the ridge, the release train roars into view, firing on all cylinders and bringing with it some exciting new features. Once at the station, Ignition 8.1.10 delivers several new Perspective features, an update to OPC UA and the Vision Module, and other enhancements that will definitely improve your Ignition experience.

First, let us take a look at several new features for the Perspective Module.

Some would say great features are only a pipe dream, but we believe these dreams come true. All joking aside, we are really excited to introduce piping tools for Perspective in Ignition 8.1.10.

Upon entering the designer in Perspective, you will see a new set of tool buttons that will allow you to draw pipes for your industrial screens. The tools were designed to be used with the coordinate container since objects can overlap, allowing you to place images and symbols in front of the pipes.

To draw a pipe, select the Pipe Draw Tool button. Click on the desired location to create an origin. You can then click and drag a new segment which creates a new connection that further segments can branch off of. Pipes will adjust accordingly to show that they are crossing over another section of pipe.

Each pipe you draw will retain its own customization properties. If you join two pipes, the second pipe inherits the styling and properties of the first, which you can revert to if you so choose. If you would like to add midpoint connections, you can do so with a click. You can then move that connection to adjust the two adjoining pipe segments. To add angles, you can hold Shift to obtain any angle or use the Alt key to snap to a predetermined angle.

Other customization options allow you to select Mimic, Simple and P&ID styles, line width, line variations, color, and other customizable properties. You can also delete segments, move groups, and anchor pipe ends to other components.

The release train is charting new territory with updates to the Pie Chart and XY Chart components in Perspective. In Ignition 8.1.10, we have added a selection object that allows greater interactivity with your charts. When enabled, you can click on elements of a chart that provide emphasis via a small animation. Most importantly, the data property is exposed, which allows you to assign additional logic. When a user clicks on a section of the chart, not only will that section become emphasized, a script can also be triggered to provide added functionality.

With Ignition 8.1.10, Perspective gives you the ability to add and customize tooltips to any object. So when you enable the tooltip, you can add custom text with customizable styling.

We also added some scripting functions, requestToolTip and removeToolTip, that allow you to call all tooltips on objects all at once or dismiss them. This is especially useful for touch screens. Since touch screens do not have mouse control, users cannot hover over elements to reveal a tooltip. With the update, you can create buttons that use the scripting functions to expose the tooltips, all with just a touch.

Perspective is getting a fan-favorite feature found in the Vision Module. We added a new scripting event called Key Events. Essentially, when a user types something on a keyboard, a script is called.

The scripting event is highly configurable. You can configure the event, such as when a key is pressed or released, define the specific key on the keyboard, or use a keycode. You can also include modifier keys such as shift key or command key.

There is an option for a regex match where the event can be triggered based on a series of key presses. One use case for this is USB barcode scanners. Some barcode scanners act as a keyboard wedge or a virtual keyboard. When a code is scanned, the scanner will output data into a series of keyboard key presses which the regex match will look for to trigger the scripting event. 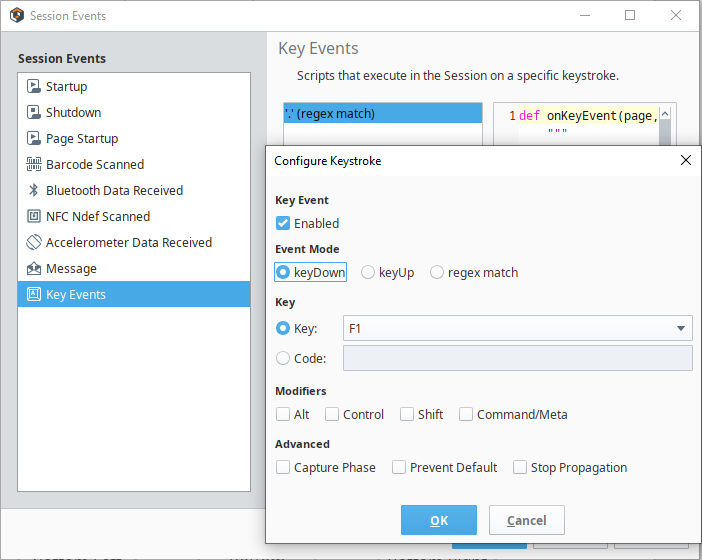 Other notable updates to Perspective in Ignition 8.1.10 are the added session property session.props.address, and additional control with the Power Chart Component.

The session.props.address property enables developers to view the IP address of a session or sessions as the gateway sees it. The update adds additional convenience for developers who will want to use this information.

In regards to the Power Chart, we added the ability to resize the Tag Browser, Pen Table, and the Settings Menu panels on the component. All you have to do is click on the boundary of a panel and drag it to your desired size.

Before the update, in the event of a server failure or a severed connection, when the primary gateway went offline, the backup gateway then took over. The backup gateway OPC UA server has similar content and nodes to the master OPC UA server and can reconnect, but third-party OPC UA clients did not know where to reconnect to. With this update, third-party OPC UA clients now have that reconnecting functionality.

In the OPC UA server settings, we added two properties: Master Application URI and Backup Application URI. When a failure occurs, third-party OPC UA clients will pick up the URIs and know where to connect to when the Master goes offline.

I also wanted to mention some notable additions found in Ignition 8.1.10. The Equipment Scheduler component for the Vision Module gets a new component method, getDateAt(). The new component method allows a user to look up a date based on where the mouse cursor is clicked. So when a user clicks on a part of the scheduler, a date is returned, which then can be used in scripting to initiate other logic.

You can learn more about these updates and improvements by visiting our release notes and user manual.

As always, we encourage you to offer feedback and let us know what you’d like to see in upcoming releases. The release train is chugging along, bringing more updates and improvements in Ignition 8.1.11 soon to a station near you!