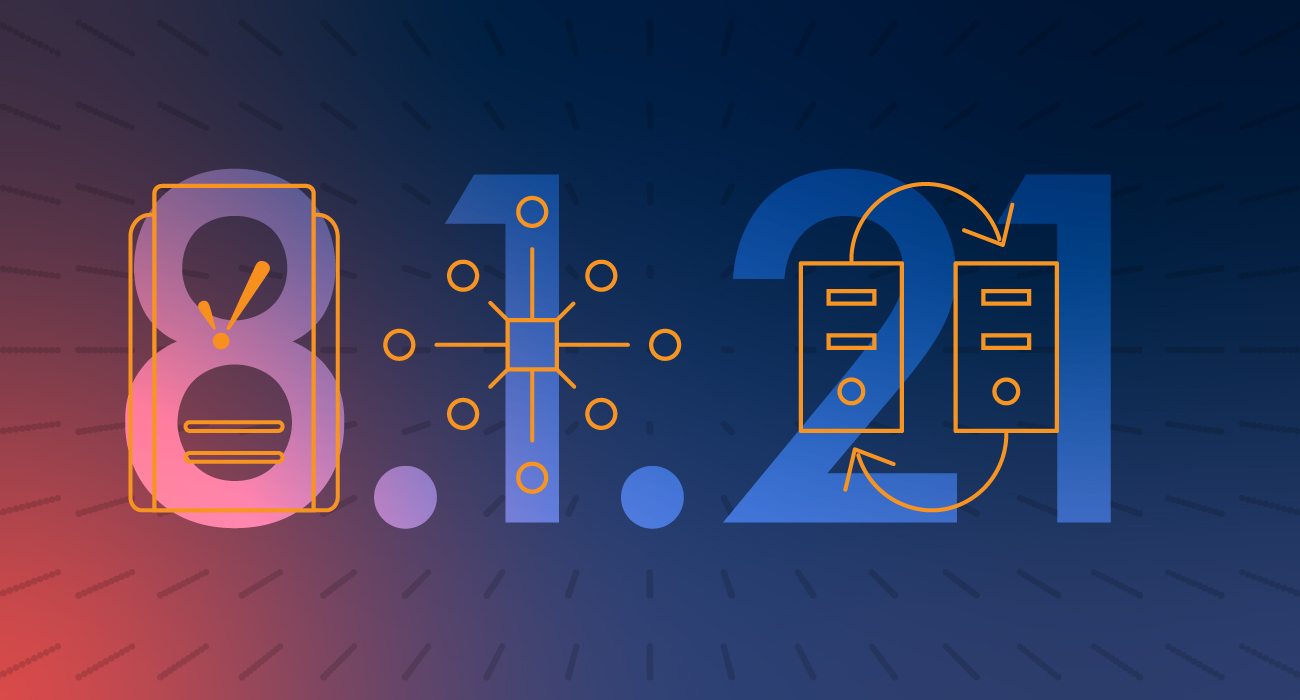 What a busy couple of weeks! ICC X Virtual is currently in full swing, and last week we held ICC X In-Person here in Folsom. It’s been awesome to see familiar faces, make new friendships, share stories, and be part of a growing community of Ignition professionals who are coming together to make industrial automation better.

With so much going on, the big question was: Where is the release train? Is it taking a break? Is it on vacation touring the countryside, or in the shop getting a tune-up? Well, let me tell you, it's none of the above! Ignition 8.1.21 was released last week, in between the in-person and virtual ICC events.

Yes, the release train continues to trek right along, keeping pace to bring you the latest and greatest in Ignition 8.1.21. There are updates to the Ignition designer, gateway, launcher, scripting, store-and-forward, redundancy, tags, Perspective, and Vision.

Our software development team has been working hard to continually improve how you handle and retrieve your diagnostic information.

There is a section on the Gateway Status page called Diagnostics > Logs which displays all Ignition-related system events that are stored within an internal log file. This log file informs Ignition administrators about what could be occurring across various Ignition subsystems and running modules. In some cases, this file can balloon in size and take up quite a bit of storage space.

In Ignition 8.1.21, we added a new feature by default where the gateway log file is automatically pruned when it reaches 100MB or 50,000 event records. You can further customize this operation by defining the max file or event size using the configuration file logback.xml which can be found under the data folder of your Ignition install directory. This gives you greater control over the data you want to keep while optimizing your system storage. 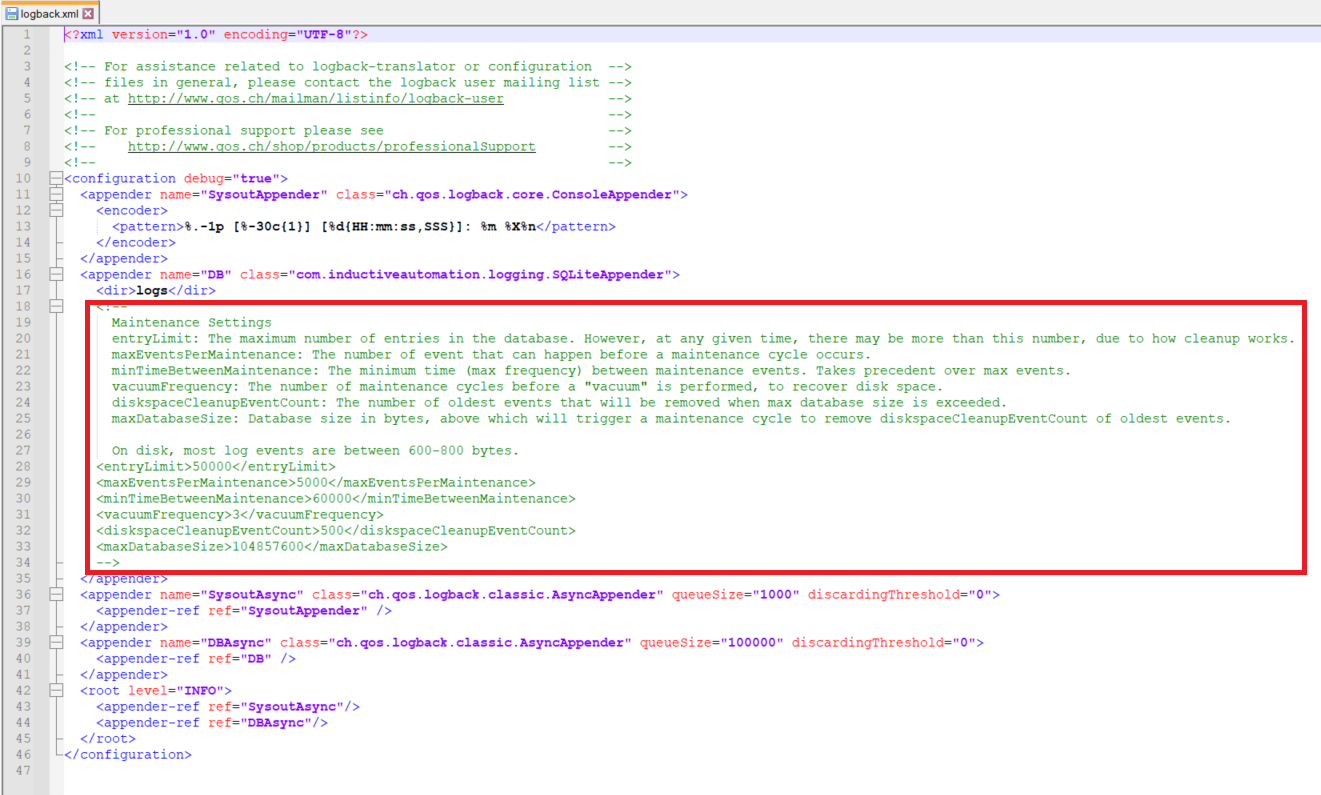 In previous releases, we have continually added new features that allow our support team to better assist our customers. This comes in many forms including data collection and ease of access.

With 8.1.21, we improved the Gateway Overview page and added a button that allows you to download a diagnostic bundle. This gives you the ability to quickly collect all the important information that will help troubleshoot your Ignition system. The diagnostic bundle is downloaded as a ZIP file and contains gateway information, metrics, system logs, thread dump, and other pertinent information. 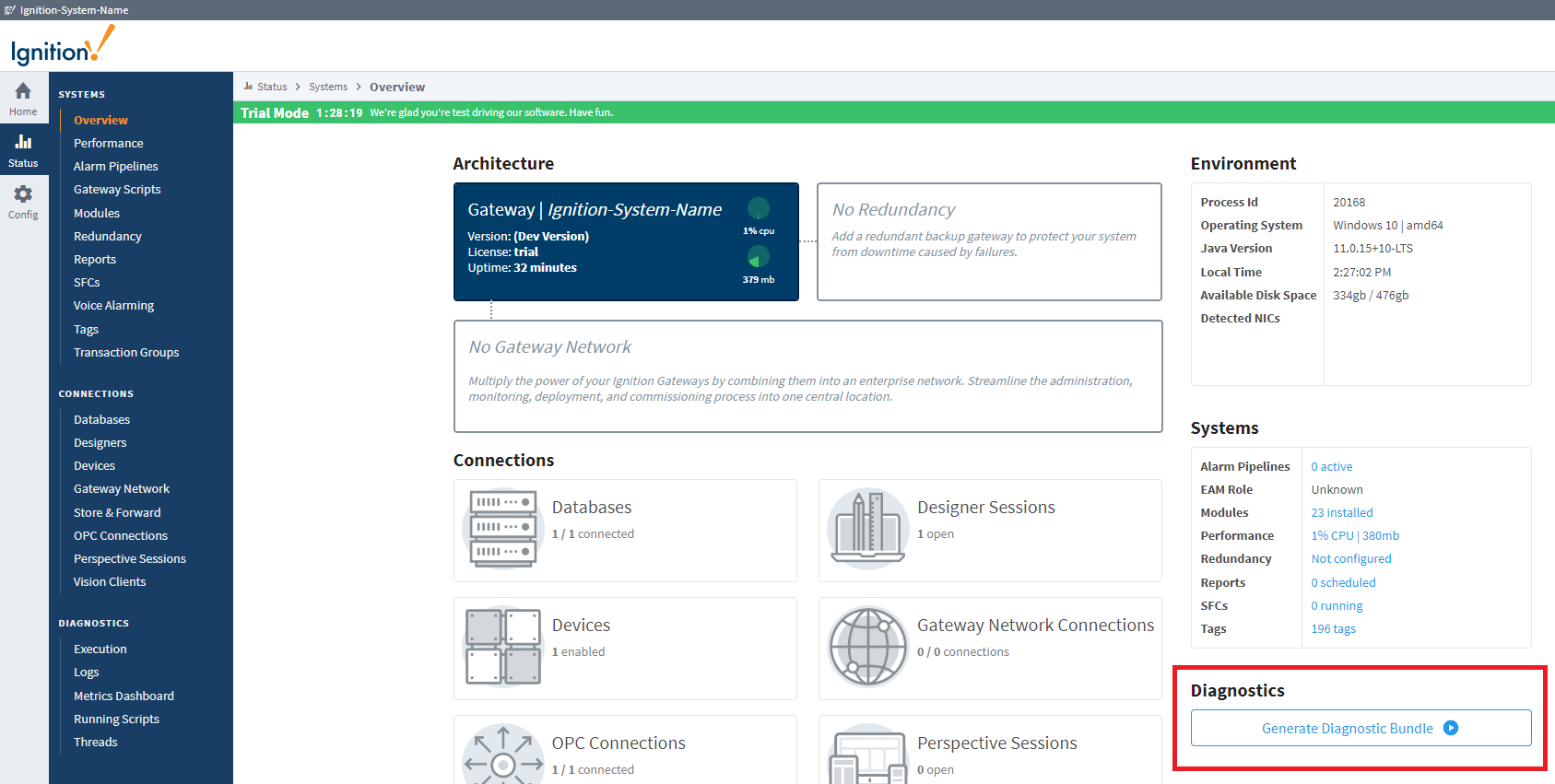 Launchers are getting some major updates that will definitely improve installation and upgrade procedures.

Many large organizations using primarily Windows products also like to take advantage of Microsoft’s administrative systems to implement installs and upgrades to client devices on a large scale. Having to perform updates on every machine can be a tedious task, however.

In 8.1.21, the Designer Launchers, Vision Client Launchers, and Perspective Workstation will now be offered through Microsoft Installers (MSI). This will allow greater flexibility for organization-wide client updates, all from an administrative computer in a short amount of time.

Previously, it was difficult to tell which version of a launcher you were using at any given time. To help solve this pain point, 8.1.21 adds support for the current launcher version via a command line on all OS platforms.

To retrieve the version of launcher that you are using, you can refer to the following command line prompts listed in our user manual.

For those of you who have hard-working databases, we added a new feature to Store and Forward that will help minimize issues related to data loss.

In Ignition 8.1.21, you can archive and replace existing disk caches for Store and Forward profiles. Not only will this help to temporarily relieve stress loads on databases, it will help our support team better troubleshoot both database and Store and Forward issues.

The new feature allows you to take an existing disk cache on a Store and Forward profile and export it to an archive file. These files can then be loaded into a Store and Forward profile at a later time. So, for example, when a database is unable to intake forwarded data during production hours for any reason, the Store and Forward is used to cache that data until the database is ready to accept data. In some cases, the cache can grow so large that it will be forced to drop its oldest records to make space for newer ones. In order to prevent lost records during this event, the cache would need to be archived so that it can be put into the database at a later time after all database and Store and Forward issues were resolved.

Before this update, the process of archiving a Store and Forward cache would have to be manually performed with support-staff assistance to make sure the process of copying files was correct. With the new feature, you can now do the same thing, but within a UI that allows you to archive the cache data and load it to be sent to the database at a more appropriate time.

If your Ignition system is structured to depend on redundancy, this new feature will provide you with more visibility than ever before when it comes to monitoring the synchronization between a redundant pair of gateways.

A new Redundancy Providers table was added to the page to provide a general overview of each redundancy provider and how much information it is sending or receiving. 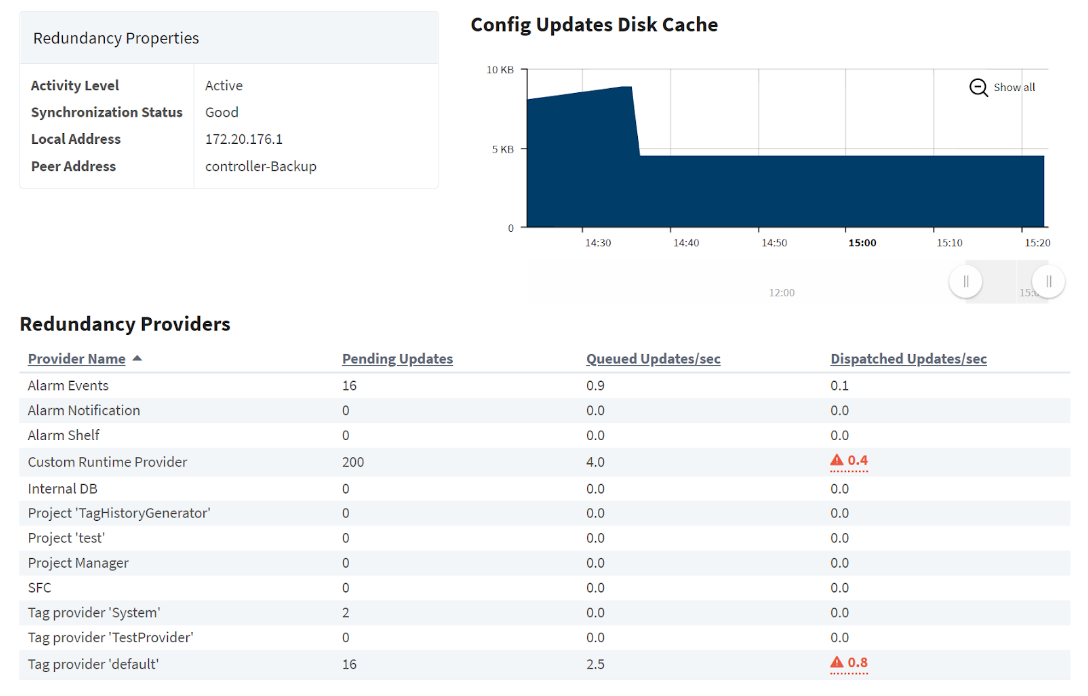 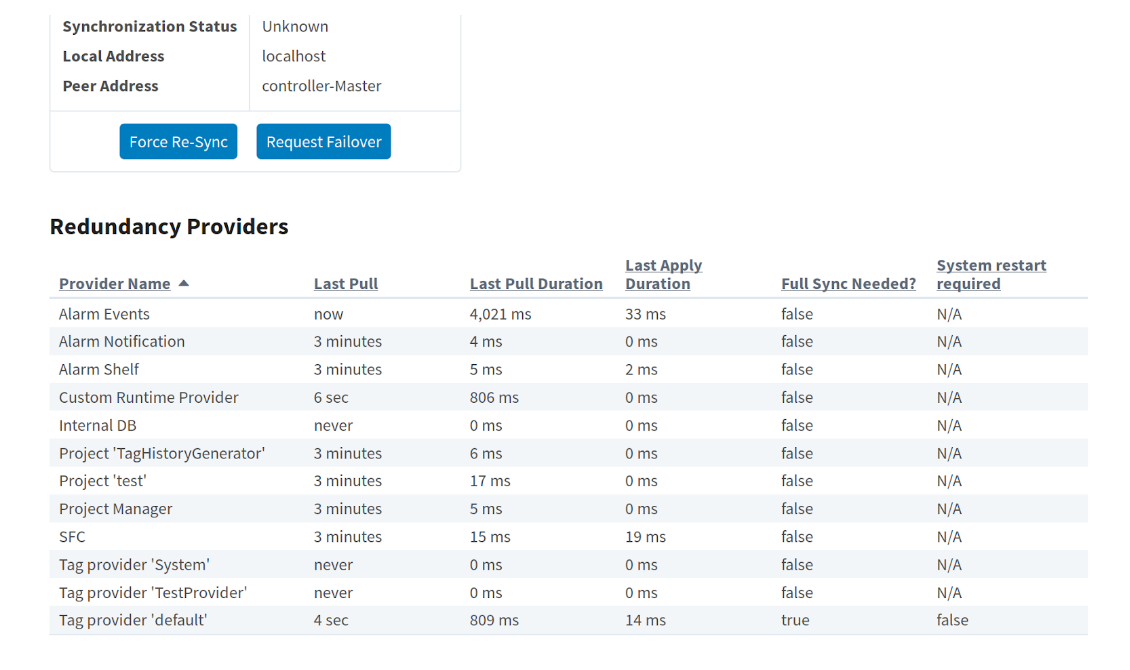 A System Events table will display full pull requests and the reason that the full pull is needed, along with some general system events such as gateway starts/stops and major redundancy system changes. One of the most significant changes was adding the ability for the Log Activity table to display INFO, DEBUG, and TRACE messages specifically for redundancy subsystems. Users and Support no longer have to track down and turn on specific loggers to get a more detailed view of what the redundancy subsystems are doing.

Check Out These Additional Updates

In addition to the new features above, Ignition 8.1.21 delivers updates to the designer, expressions, scripting, tags, Vision, and Perspective.

The following improvements have been added to the Tag Report Tool:

You can learn more about these updates and other improvements in our release notes and user manual. As always, we invite your feedback about what you’d like to see in upcoming releases. Ignition 8.1.22 is already making its way to the station. Make sure to catch it to see what improvements and updates are in store!