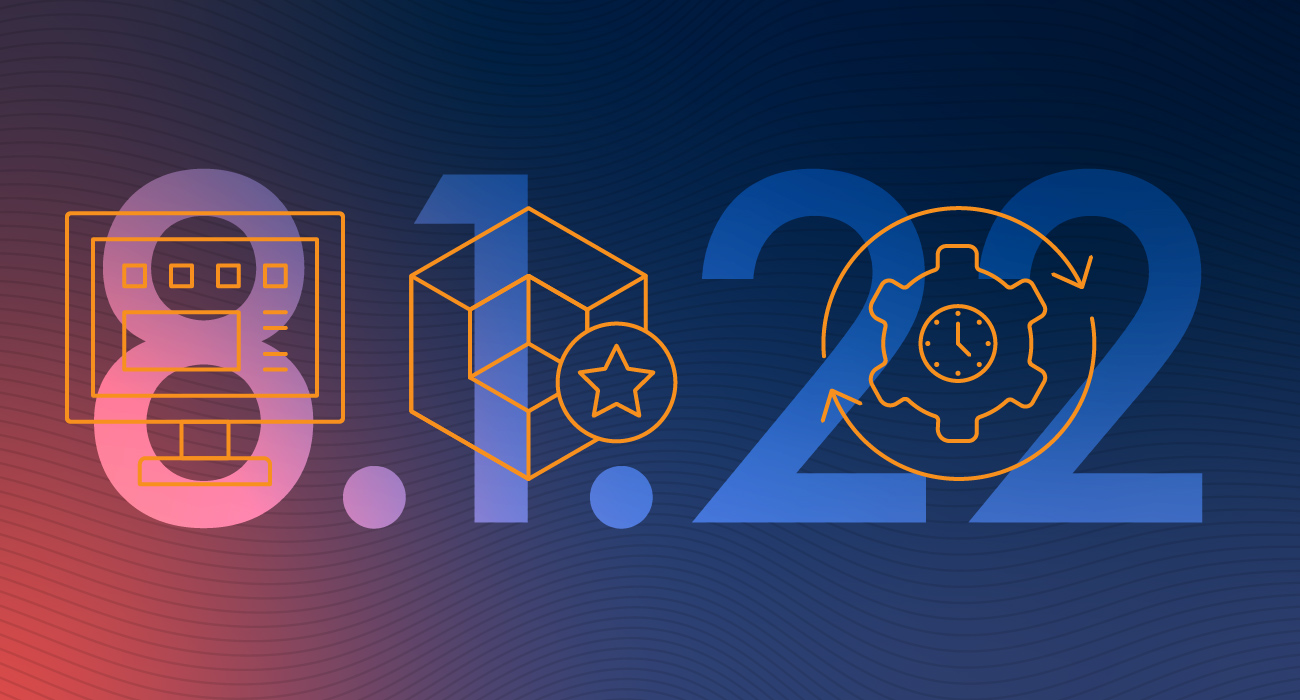 As each new release train rolls into the station, it delivers plenty of new functionality to get excited about. And based on the chatter after this year’s Technical Keynote, this latest version of Ignition has some features you’ve been eagerly anticipating.

So let’s jump right in! Ignition 8.1.22 arrives with major upgrades to Perspective, the Gateway Network, and redundancy, plus improvements focused on general quality of life.

Perspective gets the majority of attention in Ignition 8.1.22, with three big updates: a new Configuration Explorer, SVG Importer enhancements, and resources for CSS stylesheets.

Look at the Bind We’re In

A recent focus in newer versions of Ignition is the ability to quickly ascertain the scope and interconnectivity of a system or project. Similar to how the Tag Report Tool finds tags to give a more comprehensive view of location and interaction, the Configuration Explorer locates active bindings on any particular Perspective view.

This update addresses frustrations that could arise when a user was presented with a project they did not personally design. Before, without outside context, the user would be required to dig through each component in a view to understand its relationship with the rest of the system.

Now in Ignition 8.1.22, simply right-click and choose “Configuration Explorer” to display the location, type, and state of all enabled bindings. Embedded views and root containers are also represented in this overview. This window also allows you to highlight specific bindings and click the Go To Reference button to review the binding’s configuration.

In prior versions of Ignition, it was sometimes difficult to import complicated SVGs with intricate shading or other non-supported components within the raw SVG file. 8.1.22 offers more support for these complex SVGs, as well as most common SVG elements.

The “convert to drawing” function stays true to its name, allowing users to simply choose the function in the right-click menu and convert existing components into SVGs. The components that can be converted include the Cylindrical Tank, Icon, Linear Scale, Moving Analog Indicator, Sparkline, Thermometer, All Symbols, and Coordinate Container (containing pipes). Once converted to SVGs, components or individual parts can be altered beyond predefined styles through changes to shape, color, and more. This new level of artistic freedom helps users be even more creative with the look and feel of their projects.

It is also worth noting that ia_ is now a reserved prefix for style classes, and should not be used because it will not function as intended.

Rounding out the trio of major Perspective updates is an advanced project-scoped CSS stylesheet resource and resource editor. Users can now conveniently add their own CSS stylesheets into the Perspective project itself instead of spending time inserting CSS through the gateway’s style directory.

Users can access this resource by selecting "Enable Advanced Stylesheet" from the right-click menu of the styles folder. Once in place, the stylesheet allows users to add CSS just like any normal CSS file. The rules defined in this resource are inserted into the Perspective project in between the theme files of the gateway and the named styles of the project, creating the hierarchy Theming > Stylesheet > Named Styles > Inline Props.

Unlike theming files that affect the entire gateway, the scope of this CSS resource is at the project level to allow for more individualized styling from project to project. To disable this feature, simply delete the resource from within the styles directory.

In addition to the aforementioned major updates, there are a few smaller Perspective improvements worth highlighting:

Ignition 8.1.22 delivers more elasticity to Redundancy and Gateway Network timeouts, along with more specificity to the gateway network status page.

Unlike what my editor tells me, redundancy can be a good thing. In Ignition 8.1.22, the gateway network sync timeout can be adjusted for redundant nodes. Previously, the timeout was hard-coded at 60 seconds, which could cause frustrating timeout issues. Users can now increase or decrease when a timeout occurs to better align with their system’s sync speeds and process complexity.

Similarly, the Gateway Network proxy queue timeout is now set to 60 minutes by default. The previous hard-coded timeout worked fine for most systems. However, scaled-out architectures that include front-end servers, Ignition proxies, and a back-end server might have long-running processes through the gateway network connection that would require more time.

Sometimes it’s the small changes that make the biggest impact. Luckily, Ignition 8.1.22 is packed with quality-of-life improvements to save time and offer a little peace of mind.

The Ignition 8.1.22 release train brought a lot of changes to the platform, but this time the changes go beyond the software to the blog itself. While the conductor of this long-running metaphor — the Inductive Automation Development team — remains the same, there is now a new station attendant. I, along with a few other writers, will now be your guides on these update blogs. A massive shoutout to Arnell J. Ignacio for bringing so much clarity and humor to his tenure, and we’re glad we’ll still see and hear him on the Inductive Conversations Podcast (both audio and video versions). The structure of the blog and cadence of new releases will stay consistent, you just might notice a gentle rise and fall in the number of puns.

Learn more about these updates and other improvements in our release notes and user manual. As always, we value your input about what you’d like to see in upcoming releases. In fact, you can also join the Inductive Automation User Feedback group to be notified about opportunities to provide feedback and help shape the future of our products. Until then, watch out for Ignition 8.1.23, the last scheduled update for 2022!

AUTHOR
Aaron Block
Marketing Content Writer / Inductive Automation
Aaron joined Inductive Automation at the beginning of 2021. With his background in Cellular Molecular Biology and Chemistry, he brings a unique perspective to the automation industry. When he's not writing, you can find him rock climbing or walking on the beach.
Comments