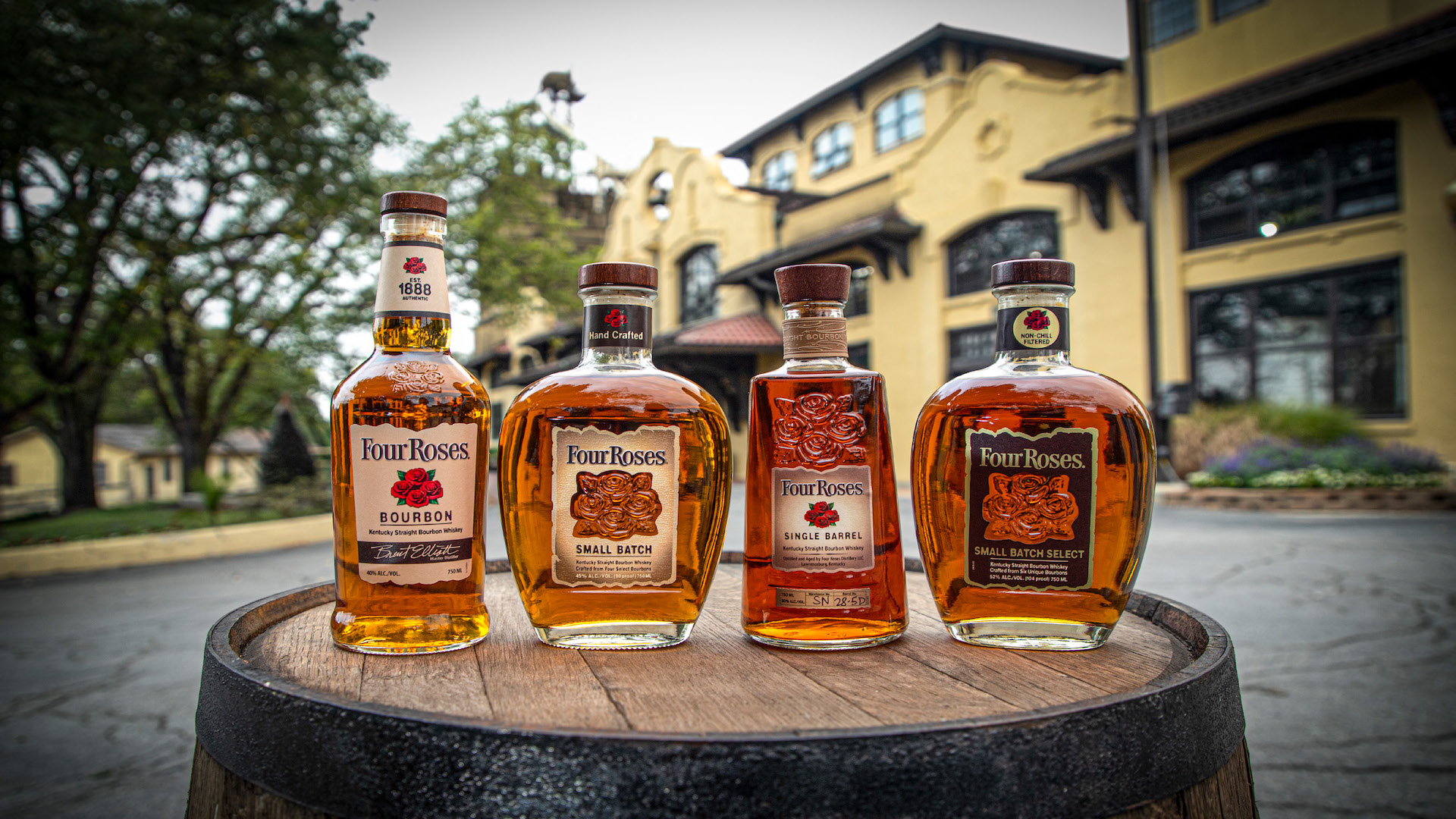 Four Roses Bourbon, distilled in Lawrenceburg, Kentucky, is one of the leading bourbon brands in the world, known for award-winning handcrafted bourbon. But in its production processes, the company was relying on Excel spreadsheets, handwritten notes, and manual processes.

Four Roses’ leaders realized they needed automated tools to improve the tracking and visibility throughout each stage of the distillation process. Four Roses partnered with Vertech to design, build, and implement a world-class automation solution. Using an industrial application platform from Inductive Automation called Ignition, Vertech delivered two comprehensive software solutions that allowed Four Roses to minimize its time-consuming manual processes, improve visibility at each stage of the production process, and increase efficiency.

Four Roses Bourbon has been in production since 1888. The historic Four Roses Distillery in Lawrenceburg, Kentucky, was built in 1910. The company’s distillery is where 10 classic Four Roses recipes are produced and mixed to create their rich bourbon flavors. Mingling occurs at a facility in Coxs Creek, Kentucky.

The Distillery produces around 4 million proof gallons a year and aims to double that capacity through a recently completed expansion. Four Roses also recently expanded its high-speed bottling facility in Coxs Creek, Kentucky.

For years, Four Roses’ production operations had relied on manual processes consisting of extensive Excel sheets and handwritten lab notes. These were the tools used to monitor the Distillery’s production and to estimate how much grain was used in the production process.

Manual data entry, calculations, and reporting took hours and there was no enterprise-wide way to track the path of grain from storage silos through warehousing. The dozens of operators at the site each had their own computer systems and would manually transfer data between production areas, which required additional training and specific user credentials and resulted in slow knowledge transfer.

The quality assurance lab had to gather data from all over the facility or request that operators bring it physically to the lab, which was an antiquated process.

Four Roses was able to view and control the active cooking process with software, but many of the company’s processes were difficult to measure and were being tracked through separate applications. Managers and engineers had to physically visit each production area to manually calculate batch duration and recipe accuracy, and schedule equipment use. 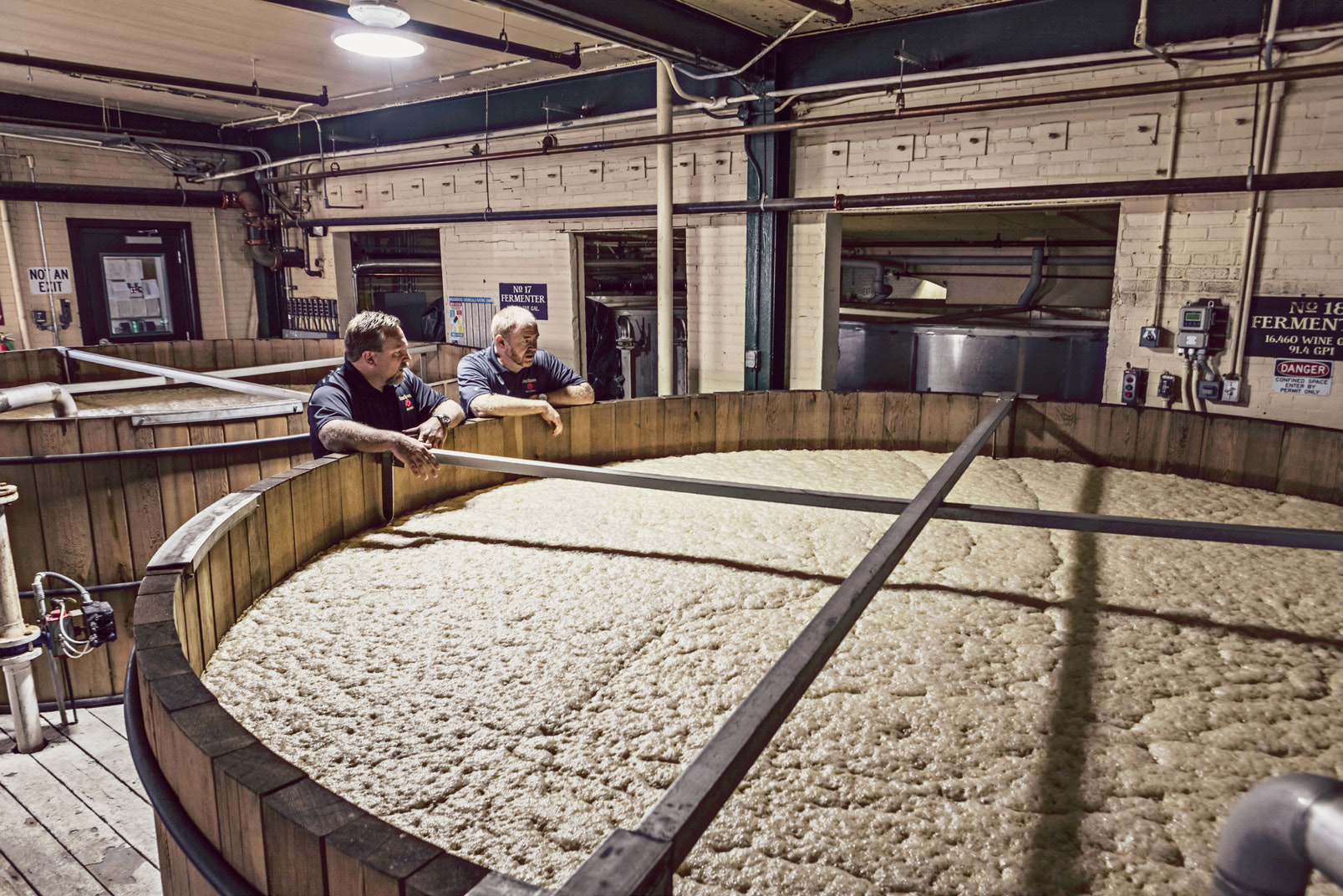 While Four Roses produces bourbon with a timeless taste, the Distillery’s leaders realized that they had to modernize their distilling and bottling processes.

Four Roses articulated a vision of wanting to employ industrial automation to refine and increase the capacity of the distillery and bottling line.

More specifically, Four Roses needed a clear, automated way to track how much product was moving through each stage of distillation and bottling, and needed to be able to see and understand all data throughout all aspects of their processes.

This vision and these needs led Four Roses to develop specific solution requirements. The company determined that instead of their manual system, Four Roses required a comprehensive track-and-trace system with some SCADA elements to record all required data and accurately measure and report on the volume and path of product moving throughout the distillery. Four Roses also required a separate overall equipment effectiveness (OEE) system for their high-speed bottling line to evaluate downtime and overall efficiency. With Ignition, these MES and SCADA elements could be combined on a single platform.

Vertech’s first step was to work with Four Roses to build a process map. Since Four Roses has been producing bourbon for so long, it was important to deeply understand the company’s existing process and map out all possible routes the grain could take during production. 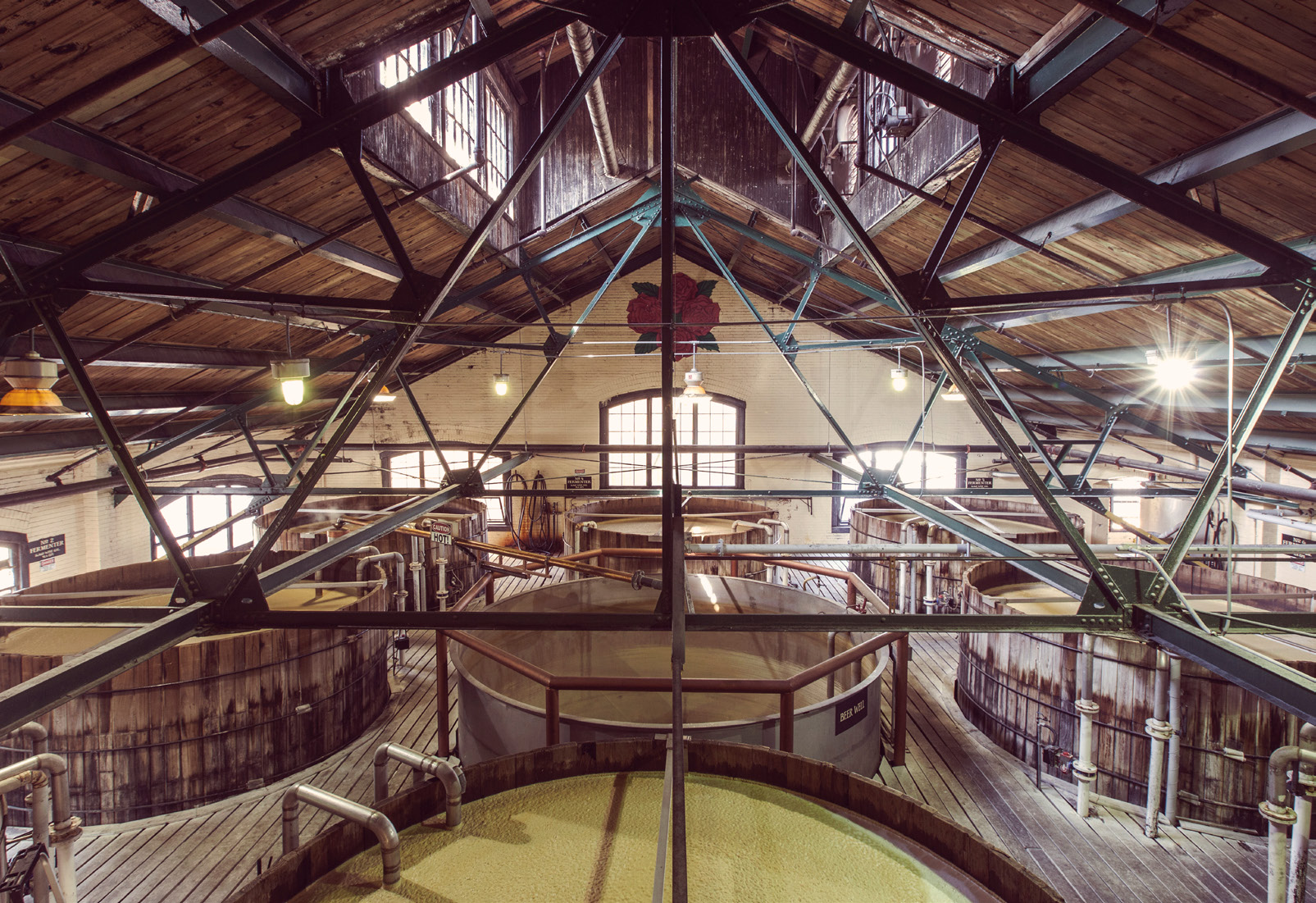 At the time, Four Roses Distillery had:

Together, this equated to well over 710 total data entry points that needed to be captured. Four Roses was moving over 200,000 pounds of grain into their facility daily and producing over 15,000 proof gallons in each batch.

Based on the information gathered during the process mapping, Vertech then built a framework and database design. The database structure needed to capture Four Roses’ entire production process without replicating any data.

To better visualize the process and streamline all data into one software application, Vertech built a system with Ignition composed of multiple screens for each phase of distillation. From grain truckload to shipping, the operators would have quick access to key information at every stage of the process.

Since Four Roses uses a continuous batching process, part of the challenge was determining how to measure the pathway and volume of grain moving through production. Vertech decided to use the weigh scales under the bins to calculate the amount of grain inside each bin to create batch records. As the grain moves through each stage, new transactions are automatically created and associated with that record. Together, these transactions create a summary of all important data for that batch.

For easy operator access, Vertech leveraged Ignition’s extensive design capabilities to create 9 main screens for each of the following functions: grains (storage), cooking, yeast, fermenters, distillation, tank farm, quality, facility overview, and logs. A brief description and a few examples of these screens are provided below.

1. Grains. The grains screen displays the grain silos at the distillery with the weight of the grain in pounds. In each silo graphic, the grain amounts are divided and color-coded by the corresponding truck ticket, so operators can easily see how much grain from each truckload is in a silo. The system records parameters like kernel damage, moisture level, foreign material, GMO, and other factors. 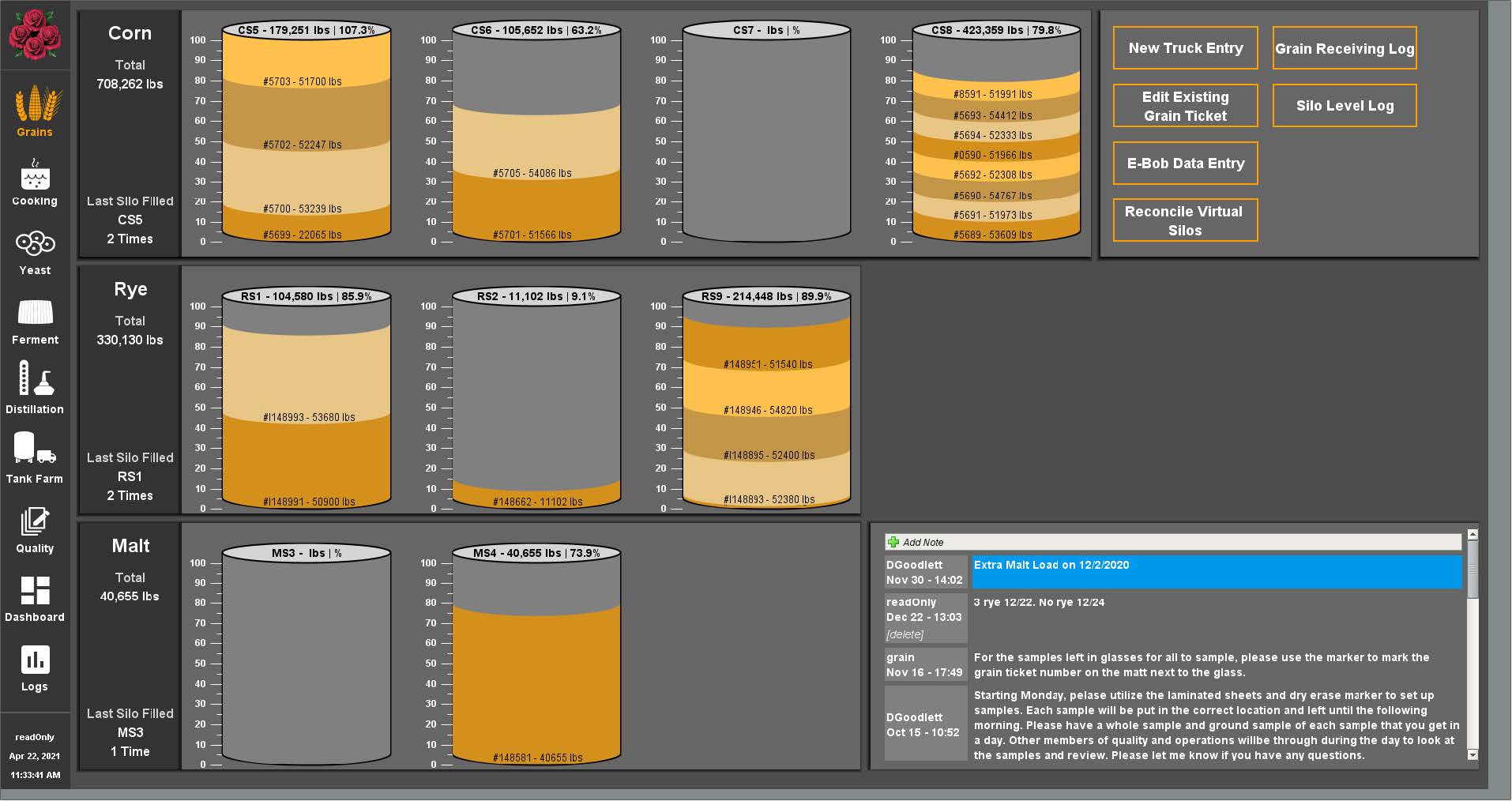 2. Cooking. The cooking screen displays the 2 cookers and which stages of the cook process they are on. Operators can also see the cook temperatures and how much of each grain is used in a cook batch. This is helpful because operators can see if there was an overshoot on the grain amount added. 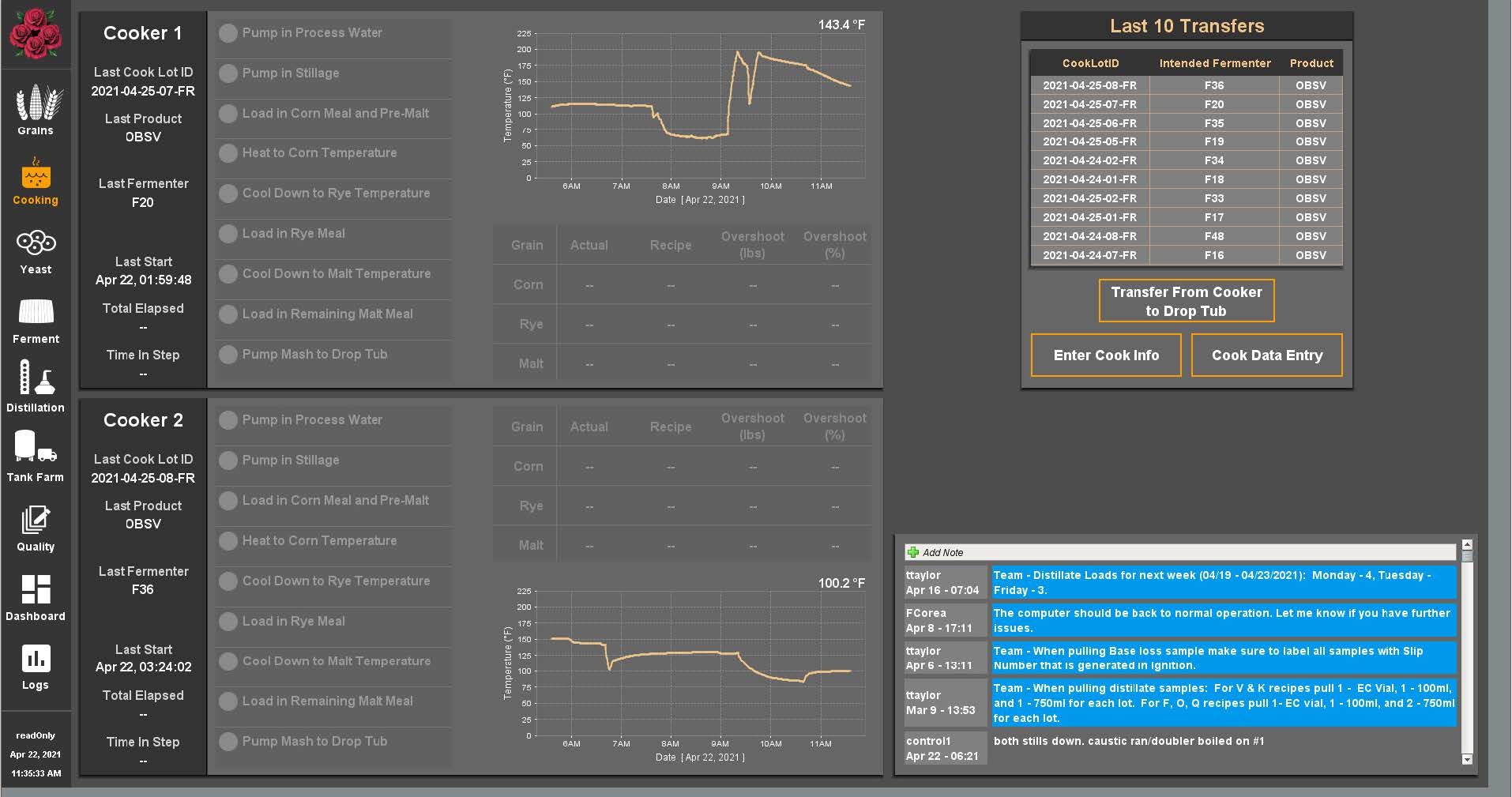 3. Yeast. The yeast screen displays the 6 yeast tubs in the distillery, the yeast masher, and the progress of each yeast process. It also notes the yeast mash ID, tracking the yeast that goes into final goods. The system uses sensors to automatically record when tubs are filled and the temperature at various times of day.

4. Ferment. The fermenter overview screen is one of the most unusual screens in the project. The distillery has 48 fermenters that run independently of each other. Before this new system was in place, operators would keep track of the fermenters through clipboards on each vessel. Now, the operators have one overview screen that allows them to quickly see the status of all 48 fermenters. Operators can also see the internal temperature in real time and whether it is within the required range. To record volume, operators only have to enter the “dry inches”; the system performs calculations based on the specific dimensions of each fermenter.

6. Tank Farm. The tank farm is where the final distilled liquor is stored until it is shipped to the warehouse and bottling facility in Coxs Creek. The screen allows the operator to see the status of each of the 10 tanks, including volume, alcohol proof, whether the valves are open or closed, and the lot grain numbers. Each day, 6-10 new cooks and 60-70 manual entries are recorded. 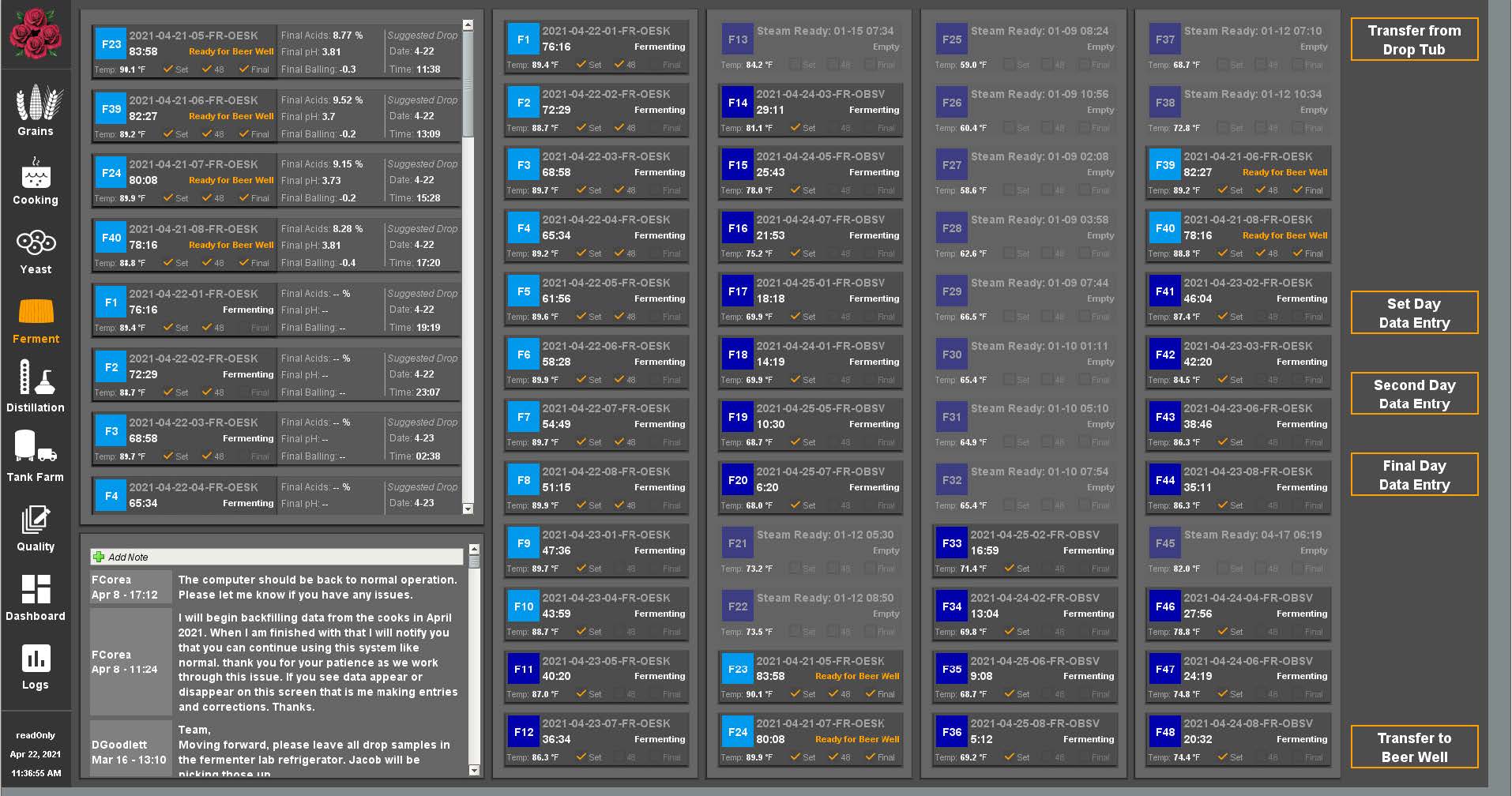 7. Dashboard. The facility overview dashboard displays key highlights from the entire plant, allowing the user to see the most important information from each process stage in one convenient place. 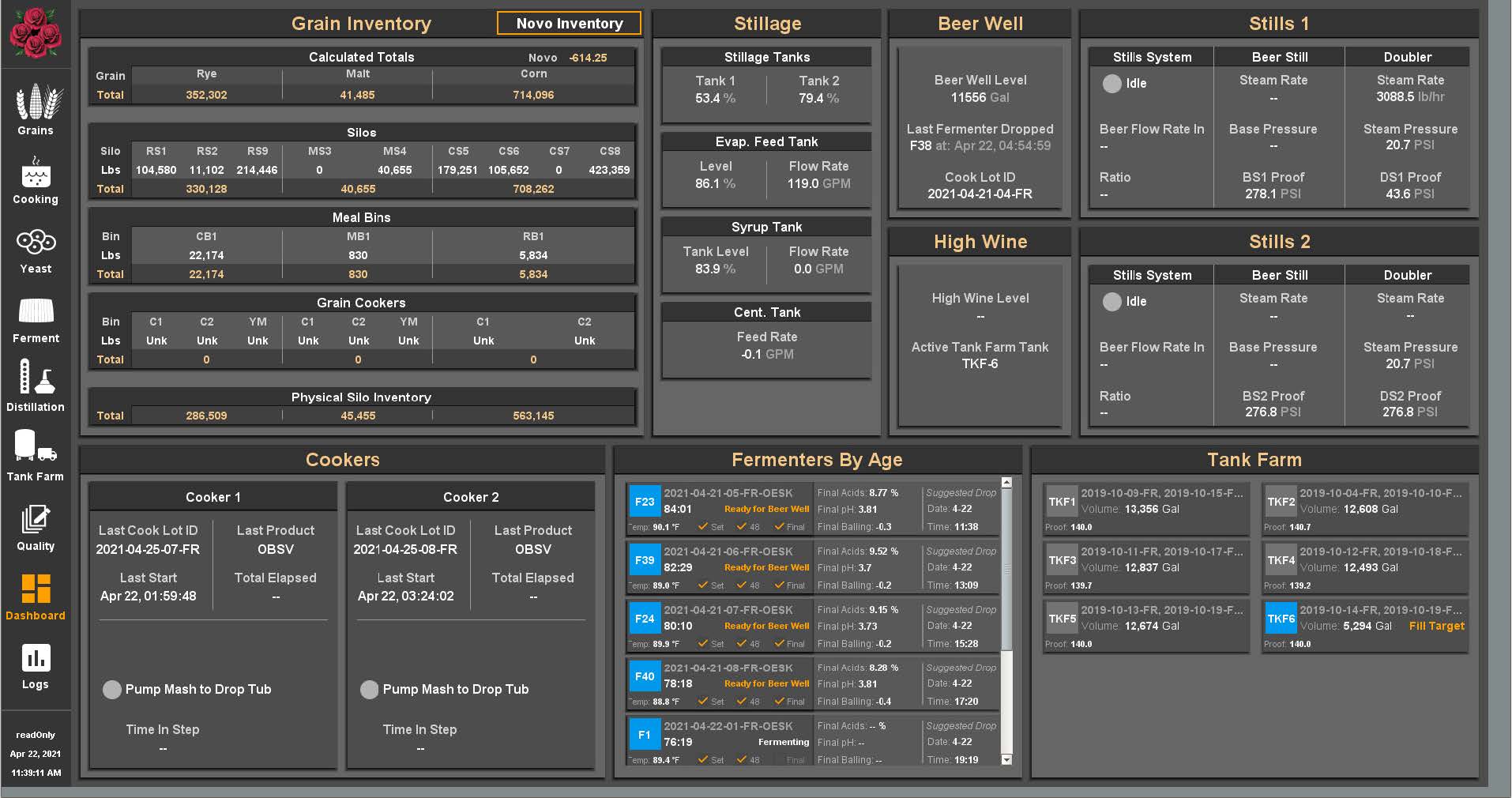 8. Quality. The quality section allows operators to input data into pop-up fields that correspond to quality checkpoints throughout distillation.

9. Logs. The Log section of the project has several pop-up data reports such as a grain log and a mashing report that contain concise information on grain intake, grain used, and the alcohol content of finished fermenters.

Linking It All Together

Four Roses’ project is unique because the process stages of the facility are all linked through the Ignition connection to the MSSQL database. For instance, as grain moves from the grain silos to the cookers, the tags associated with the process update various database tables; these tables provide a clear picture of how much of each grain moves into each cook batch and how much grain remains in the silos.

After the barrels are aged, the bourbon is mingled and bottled. For the bottling/packaging facility, Vertech designed an OEE system to monitor the high-speed bottling line.

At the start of a batch, the operator selects the product they are running. A process screen displays the infeed count for the filler as well as various inspection points, including case weight, fill level, and label and cap inspection. This system also monitors the rate of the labeler itself, the sealer, and the palletizer. The OEE screen tracks overall equipment performance, including accurate production speed, status of the line, downtime (and reason code), and any delays. It uses these inputs to calculate Four Roses’ OEE score by line, cell, product, shift, and custom timeframes. This data can be broken down further through the data analysis and history screens.

This system provides an accurate view into production efficiency and line reliability as well as the top problem areas that should be considered as part of continuous improvement.

“Before the system was implemented, we relied on paperwork to track everything. I now have records of everything that goes on . . . and I have it all in real time.”
Frank Corea, Plant Engineer, Four Roses

The system greatly improved Four Roses’ ability to easily see their facility processes and keep track of all of the data needed to effectively run the plant. By giving Four Roses a view into both real-time production and prior performance, managers can gauge whether process changes or continuous improvement projects are effective.

Four Roses Plant Engineer, Frank Corea, said it best. “Before the system was implemented, we relied on paperwork to track everything. I now have records of everything that goes on . . . tank transfers, [start and end] times, weight readings, inventory readings . . . and I have it all in real time.” Corea continued, “I can’t tell you how nice it is to not have to open up a spreadsheet and grab a bunch of information. Instead, I have a report basically delivered to me every morning that says what happened within the last 24 hours, or the last week, or the last month. To have it always running in the background and delivering [data] to us is beneficial and time is money.” 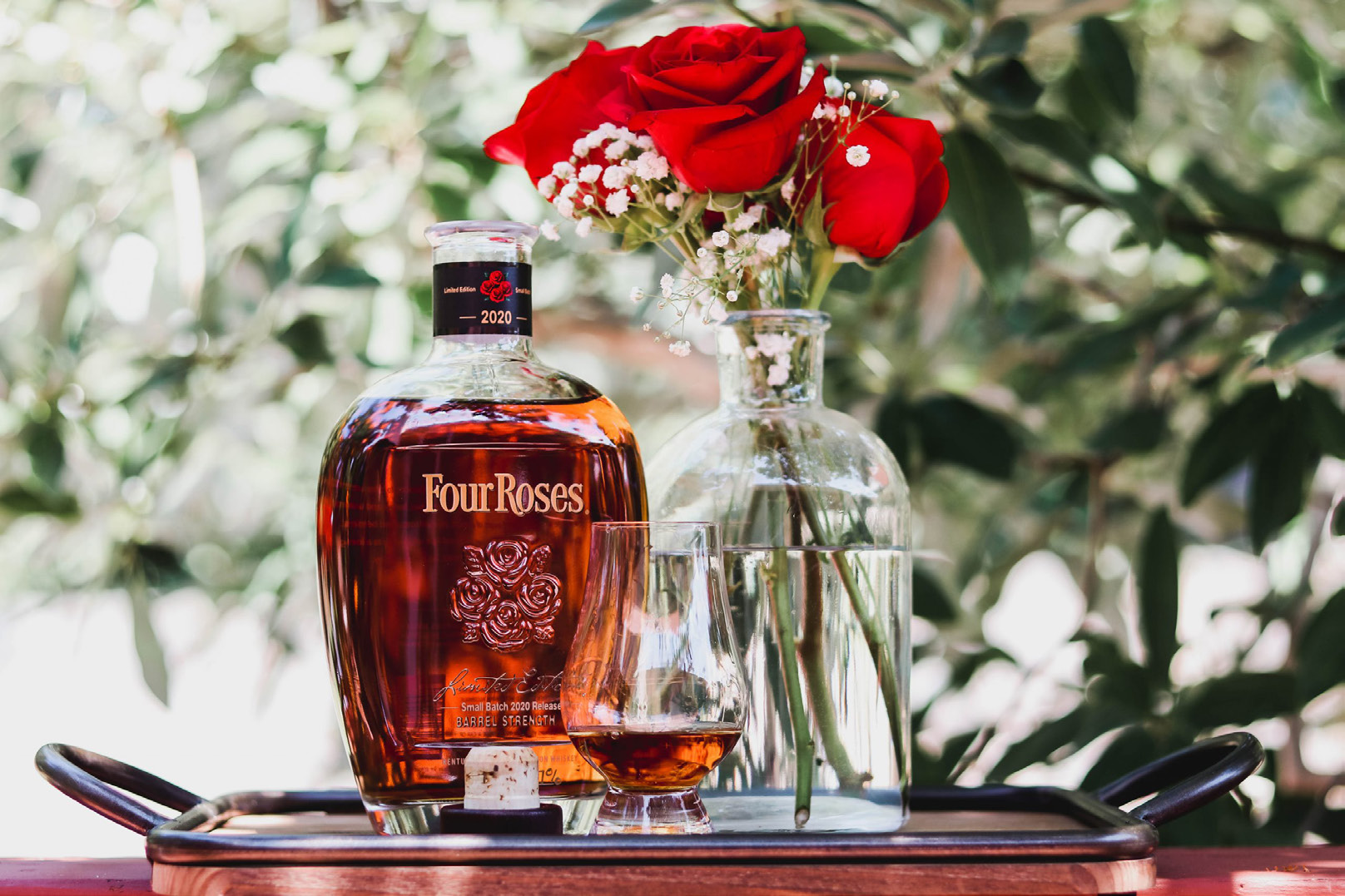 This case study is presented in collaboration with ProFood World.

Design Like a Pro: Graphic Design Tips for Better HMIs

In this latest "Design Like a Pro" webinar, learn how to correctly apply basic graphic design principles to create efficient and beautiful HMI designs that operators will love.

Listen to the podcast
webinar

For today’s manufacturers, the question is not whether digital transformation is an important priority for their enterprise. The question is how to get started with digital transformation or how to realize its full potential for savings, efficiency, and performance. In many enterprises, the biggest stumbling blocks are collecting data at the edge of the network, implementing real and scalable solutions, turning data into action, developing and deploying projects efficiently, working with Big Data in the cloud, and finding the necessary domain expertise.