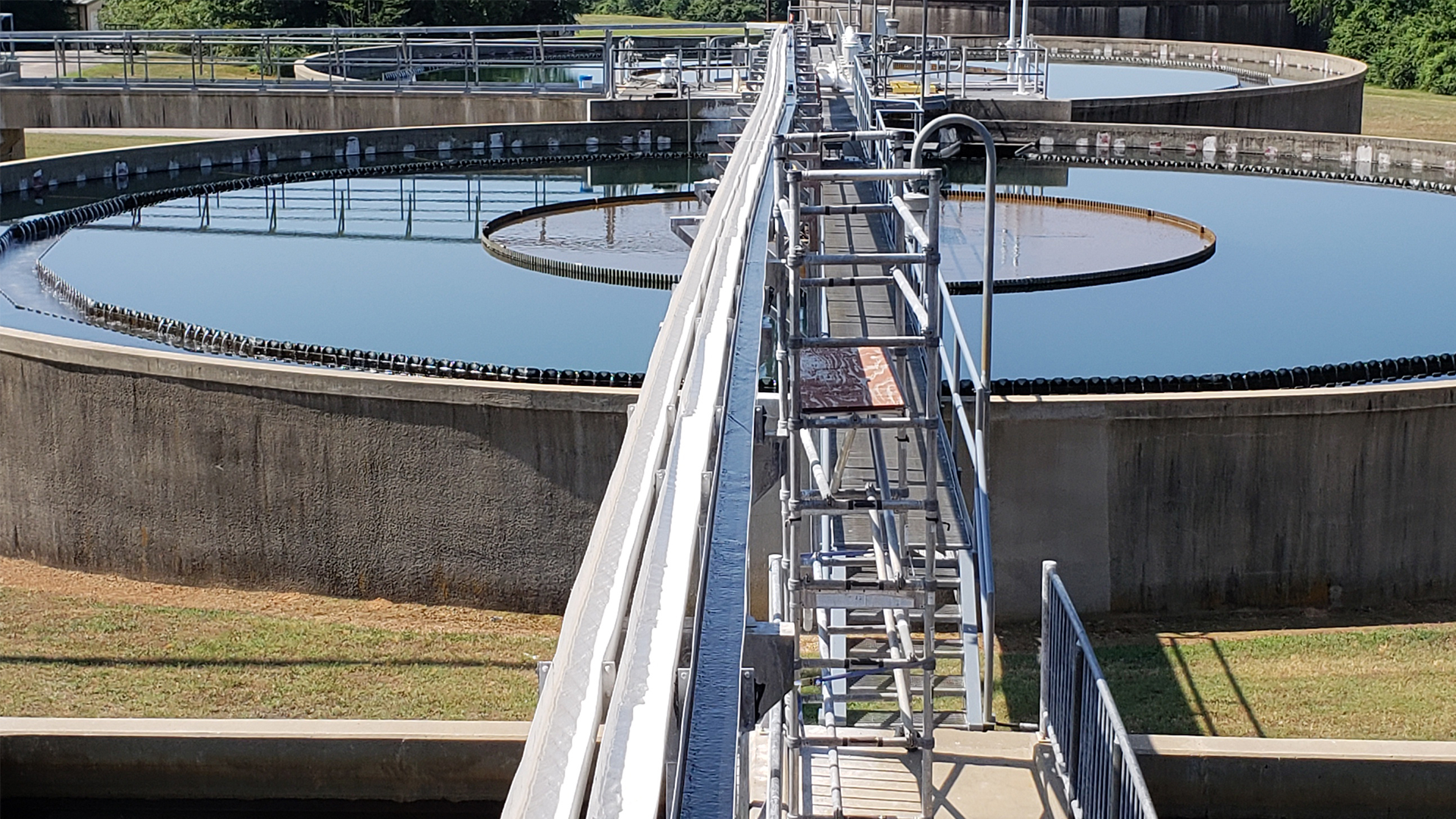 The Utility Department at the City of Fort Smith, Arkansas, provides water and wastewater services to 150,000 people. In its continuous effort to improve its services, the Department recently replaced five disparate supervisory control and data acquisition (SCADA) systems with a single software platform: Ignition by Inductive Automation®. This brought numerous benefits for the Department, including lower costs, continuity of operations across four plants (two water and two sewer), stronger security, improved reporting, and uniform human-machine interface (HMI) graphics that standardize operations and training across all sites.

To make all this happen, the Utility Department worked with system integrator Brown Engineers of Little Rock. Brown implemented Ignition, an industrial application platform with numerous tools for building solutions in HMI, SCADA, and the Industrial Internet of Things (IIoT). “Ignition is a really great product,” said Lance McAvoy, utility director for the City of Fort Smith Utility Department. “The old SCADA systems kept me up at night. This one doesn’t. And it’s helping us work smarter, not harder. Before, we had a system that worked. Now, we have a system where we can excel.”

The project had been a goal of McAvoy’s for quite some time, and he’s happy with the result. “First is continuity of operations,” said McAvoy. “I can look at all the SCADA with the plants, distribution system, collection system, all from one terminal as opposed to having to go to individual locations to see each one. We have four treatment plants, and two of them are located in other counties. Now we can jump on a terminal and diagnose remotely if there’s a problem. That’s been a huge factor.”

Training is much easier now, too. “In the past we had multiple integrators with the SCADA software we were using,” said McAvoy. “There was no continuity in screens in what red meant, what green meant, what yellow meant. Now, everybody is on the same page. If I have to pull an operator from one plant to another, when they get over there, they’re looking at the same SCADA system. And the security is a huge factor. We have a much more secure system than we did before.”

The five legacy SCADA systems, all Wonderware, were installed at various times over a number of years. There were different versions of the software. Thus, the HMIs weren’t uniform, and neither were the naming conventions. And data was trapped at each facility.

Brown Engineers replaced the five systems with one Ignition system. It cost the Department just two-thirds what it would have cost to upgrade the old software. In addition to the lower cost, the Department gained modern technology, greater access to data, streamlined operations, and scalability for future needs.

“It’s been a big improvement for the Department to get everything onto one platform, and they also have better-looking screens,” said Dee Brown, principal and co-founder of Brown Engineers. “The high-performance HMIs have really helped them. Everything has muted colors unless there’s an alarm. And it gets the entire plant in one view — plus the major tanks with their sparkline charts and historical information.”

A unique aspect of the project is the Ignition Gateway Area Network, which enables the Department to connect multiple gateways together, allowing many distributed features between gateways. It synchronizes data across all sites. “They have five gateways with master/backup redundancy,” said Brown. “The master/backup connections go through their IT facility at a central location. They have a troubleshooting page in case some of their wide area network goes down. And the screens have a tree view of the navigation menu on the side. You just click on things and expand the list. It’s one big, integrated system and it operates like it’s just one gateway. You log in one time, and you can see everything.”

Users are now seeing more data than ever before. “We have status overview pages for the treatment plants and pump stations,” said John Guthrie, project manager for the upgrade. “I can see the information for every pump station in town. I see if there are any new alarms or any pumps we need to address, and I look over the plants to see how they’re doing.”

Previously, operators had to use third-party software for reporting. Now, the Department doesn’t need that extra tool. “Sometimes we need to create custom reports to evaluate a site’s performance during an event,” said Guthrie. “In the past, I’d have to drive to the location that has access to the data and create a new report in our third-party software. This would take at least one and a half hours to complete. Now, I can do it from my office. I’ve completed the last several requests in 30 minutes or less.”

The Department has about 35 users per day using the new software. Screens are standardized across all locations, and users can right-click on items and make changes directly, without having to go into the designer. Brown Engineers also built a data conversion system in Ignition to import data, which was in text format from the legacy systems. The conversion tool also standardized the data and created tags for the new system. The Department now has a more consistent data strategy across all sites.

McAvoy has praise for both his staff and Brown Engineers, which was selected for the project in part because of its experience with large-scale, city-wide deployments. “Brown was terrific,” said McAvoy. “They’ve been outstanding as far as service and quality of the product. I couldn't be happier. And I’m very proud of our staff, both our IT staff and all of the operators that utilize the software and the system as a whole. They’re really excelling with the system and thus they’re excelling at their jobs.”

This project is for the automation of the grain handling at a facility in Nebraska. There is no traditional HMI with this project. The Ignition application handles the device level control of every motor at the facility. This particular application was on a single server running a MySQL database. There were four clients, one PLC connection to an Allen Bradley ControlLogix, about 12,000 real-time tags, and a few transaction groups logging about 1,500 points of data. The project was developed originally in Ignition version 7.5 and it fully leverages templates and UDTs.

The 2021 Build-a-Thon was the first ever to feature members of the Ignition community battling it out head-to-head. This year, we invited all of Inductive Automation’s Premier Integrators to apply for a chance to wear the Build-a-Thon blazer, and after three rounds of challenges, the final two integrators, DMC and Roeslein & Associates, will face off at the conference.

6 Platform Benefits That Maximize Your ROI

Inductive Automation presents how open platforms provide a stronger foundation to maximize automation savings and ROI than proprietary products ever could.