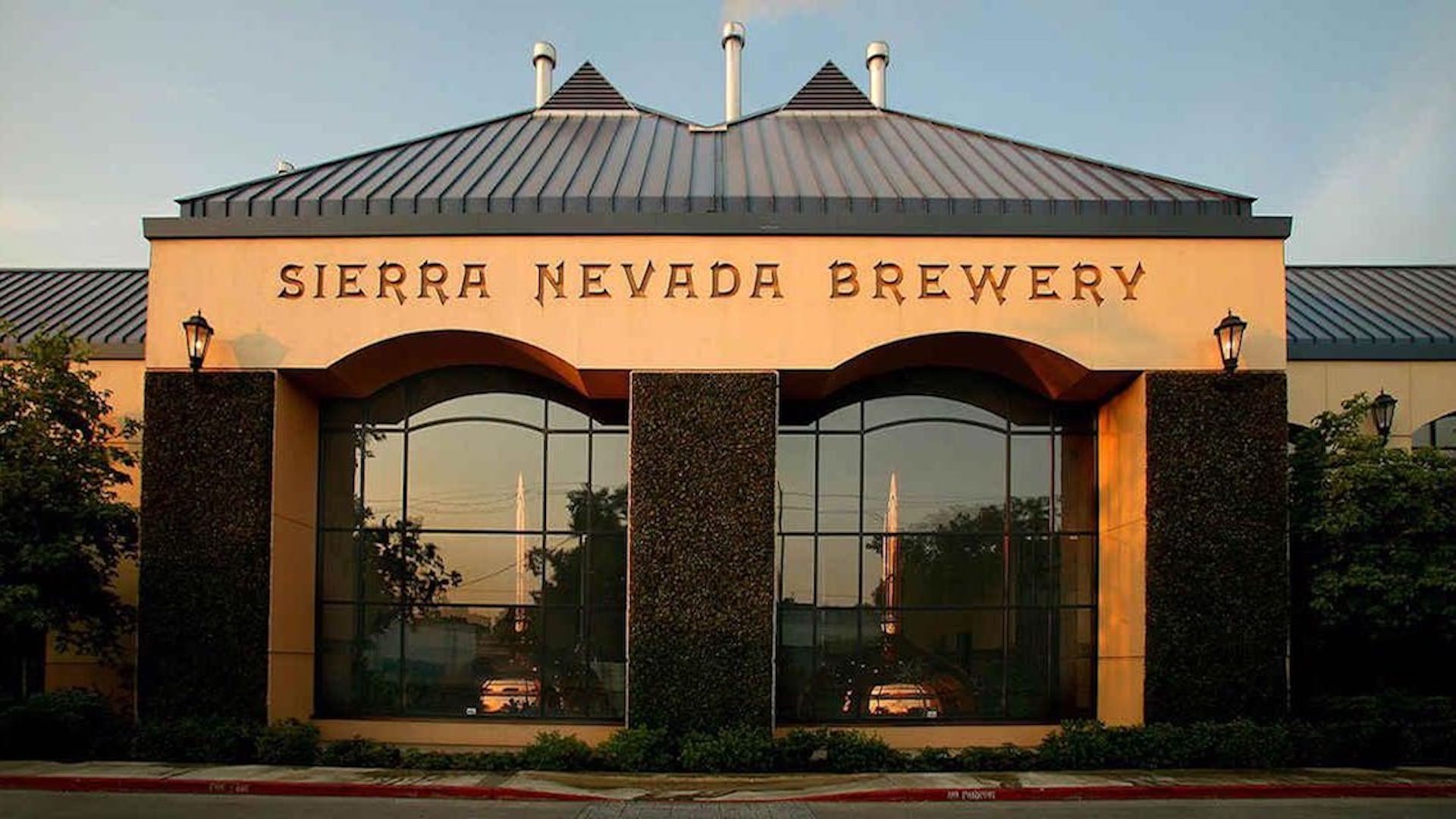 Rather than working with integrators, Sierra Nevada’s in-house software developers have developed numerous solutions with the Ignition industrial application platform, using Ignition to essentially create the company’s own manufacturing execution system (MES). The company has used Ignition to help manage operations at a new plant, build its own warehouse management system, and even aggregate sales and marketing data. Ignition is integral in all aspects of Sierra Nevada’s business, growth, and success.

In the early 1980s, Ken Grossman turned his interest in homebrewing into Sierra Nevada Brewing Company. The company broke ground on a new brewery in 1987 and due to significant growth, in 1997, Grossman went all in with a major expansion of the brewery, which included some automation. 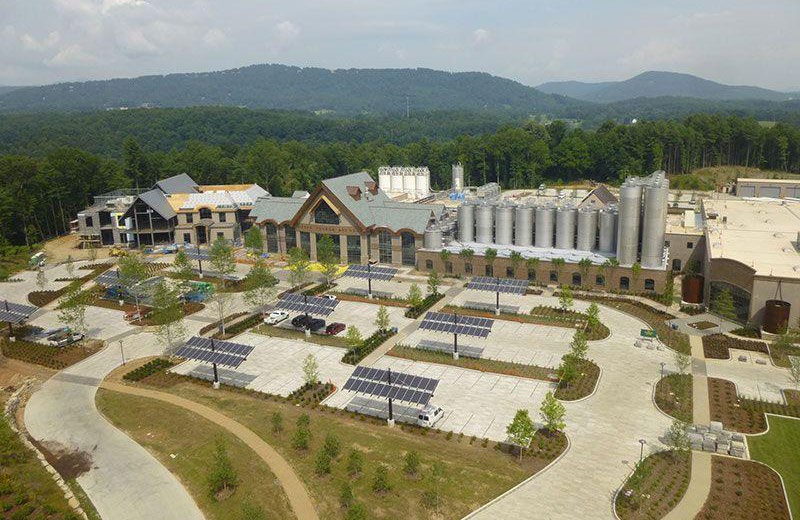 Trained in brewing science at the University of Munich, and equipped with an MBA, David Lewis joined Sierra Nevada in 1998 to work in production. Having just built the new plant to support the company’s growth, a great deal of troubleshooting was required. During this time, it became obvious to management that the scale of the new brewery meant that operational data could no longer be tracked in someone’s head, on a clipboard, or even using an Excel spreadsheet; it required taking advantage of computers and databases. As a result, the company began using but quickly outgrew Microsoft Access—and then moved to SQL Server.

A Use Case Led Sierra Nevada to Ignition

Lewis recounted muddling along for a few years but realizing that much of the key data he and others needed to run the brewery resided in the programmable logic controller (PLC) system. However, this data was sealed off and not easily accessible. Looking back, Lewis commented, “I knew the value of many of these different pieces of information . . . I really wanted this data and was frustrated that I couldn’t get it.”

At one point, Sierra Nevada had an essential CO2 system in a separate location. This CO2 system was critical to the brewery’s ongoing operation—but the optimization of the system proved challenging. The system would occasionally (and unpredictably) go offline, which often caused downtime in critical parts of the brewery. The solution was to provide real-time visibility about the status of the CO2 processing plant. Around 2007, Lewis recalled thinking, “Here was finally a critical use case to get information out of the PLC.”

Sierra Nevada contacted the typical vendors in the space, but the solutions offered by these vendors were expensive, inflexible, and didn’t work for a small, nimble company. In contrast, the solution offered by Inductive Automation, then a small, early-stage company, was inexpensive, flexible, and provided exactly what Sierra Nevada needed. The team at Sierra Nevada installed the software and quickly built a solution, and used it to gather data from the PLC about the CO2 system. Lewis noted, “We created what we needed to create, we solved our big problem—and were actually surprised at how easy it was.” 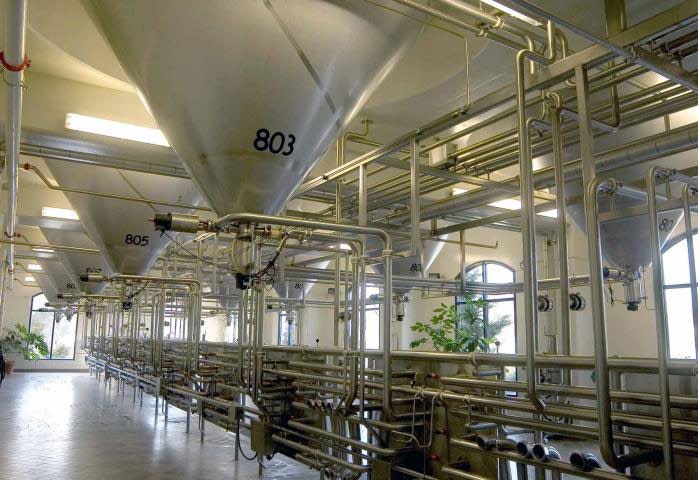 The team at Sierra Nevada then decided to try to use the solution from Inductive Automation to solve another problem. Lewis explained that with a focus on data acquisition and production reporting, his group tapped into every system and data source they could find to provide real-time visibility to everything happening throughout the brewery. Lewis said his team’s goal was to replicate the information and screens available in the SCADA without being tied to the SCADA, and to integrate that data with other systems.

Doing Everything in Ignition

After the positive experience with the initial use case, Lewis said his team quickly realized that Inductive Automation had essentially created an integrated development environment (IDE). This recognition led Sierra Nevada to rework its original in-house batch tracking and LIMS database systems in Ignition and to use Ignition to build all of the screens and reports they needed.

“We rebuilt the whole thing in Ignition,” Lewis said. “We built all of the screens and everything on top of Ignition and we realized that it was this incredibly rapid, easy-to-use, capable software development tool . . . We started doing everything in Ignition. We started building all sorts of programs to fulfill other needs that we had.” Rather than going out and buying commercial software applications, Sierra Nevada concluded that it could build what it needed in-house, using Ignition. 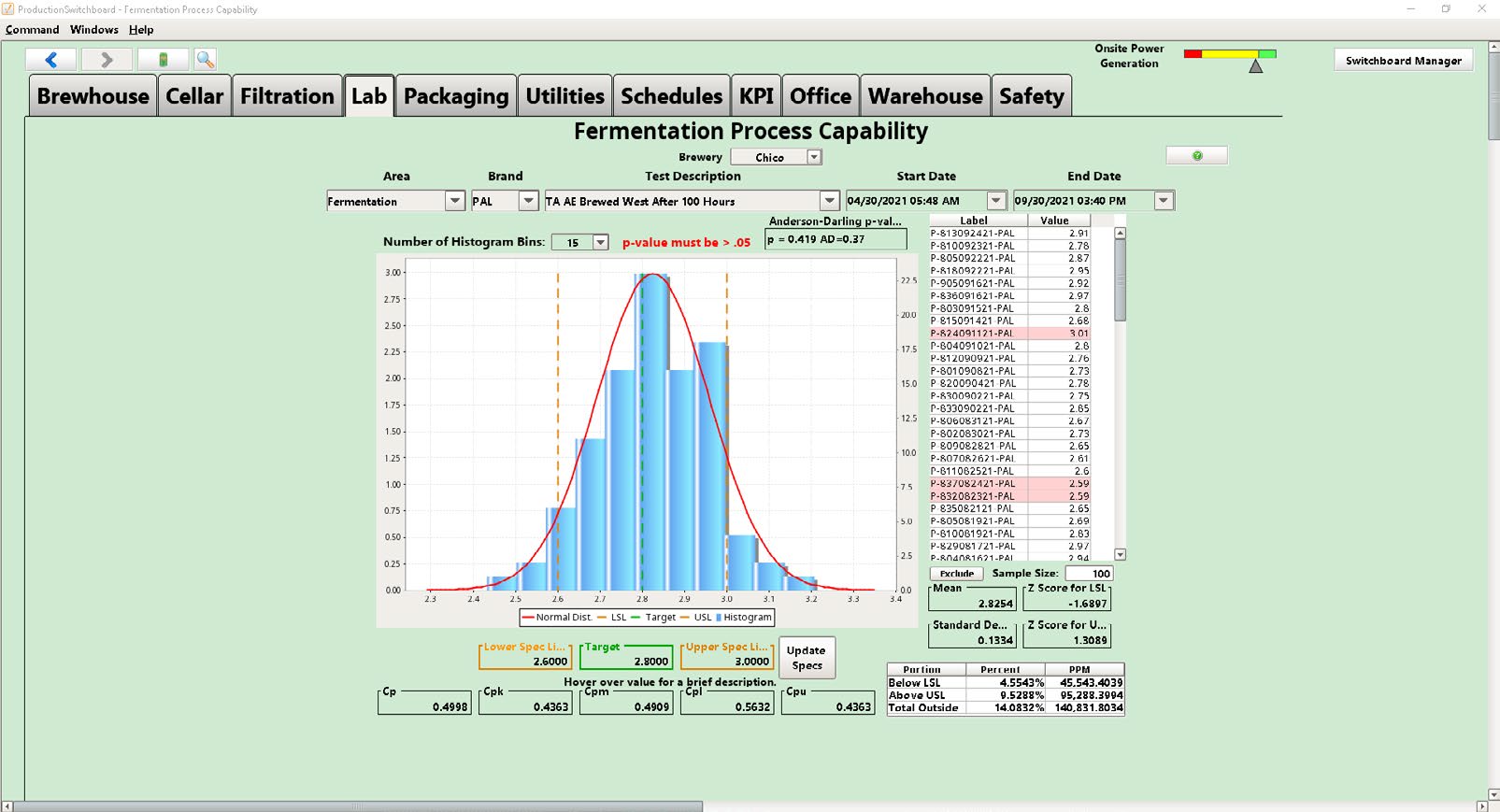 Upon opening the company’s second brewery in North Carolina in 2013-14, Sierra Nevada re-architected its Ignition systems so they could accommodate multiple sites feeding into one system. Ignition also provides the company with the ability to have end-to-end tracking and improved traceability of raw materials as well as finished products.

Sierra Nevada has also used Ignition for many non-production solutions, including areas such as sales and marketing, accounting, and legal. Lewis—who is now a senior software design services engineer—described how Ignition has been used to aggregate sales data from external data sources, such as distributors, to track sales to retail outlets. Lewis said that Ignition is able to tie together lots of previously unconnected systems. 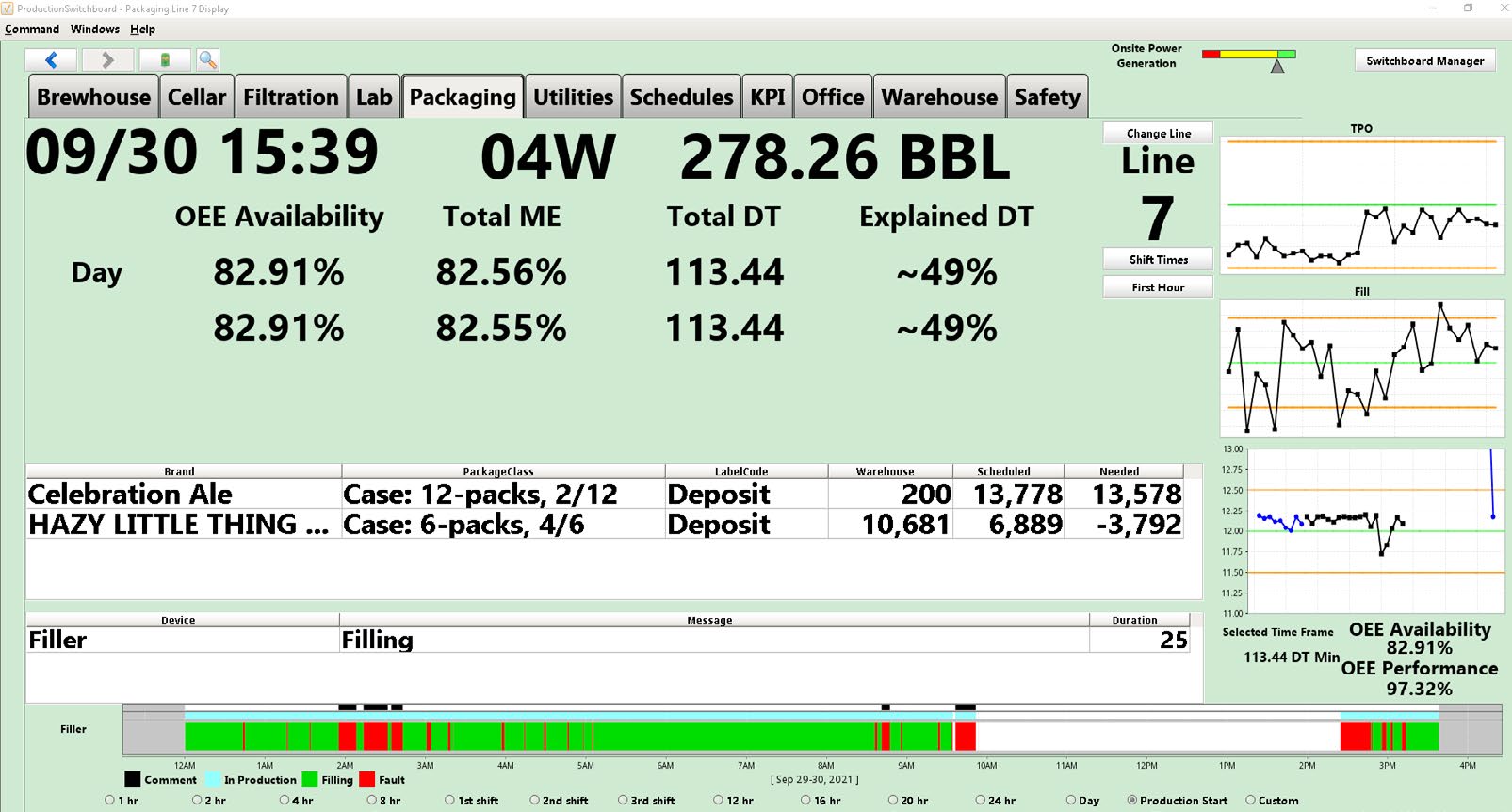 Over the past few years, as most of the company’s systems built in Ignition are now mature, Sierra Nevada has used Ignition to build a new warehouse management system, which just went live. As with other systems built by Sierra Nevada’s in-house team in Ignition, building the system themselves enabled the company to create precisely the solution that was needed and saved a considerable amount of money.

This case study is presented in collaboration with ProFood World.