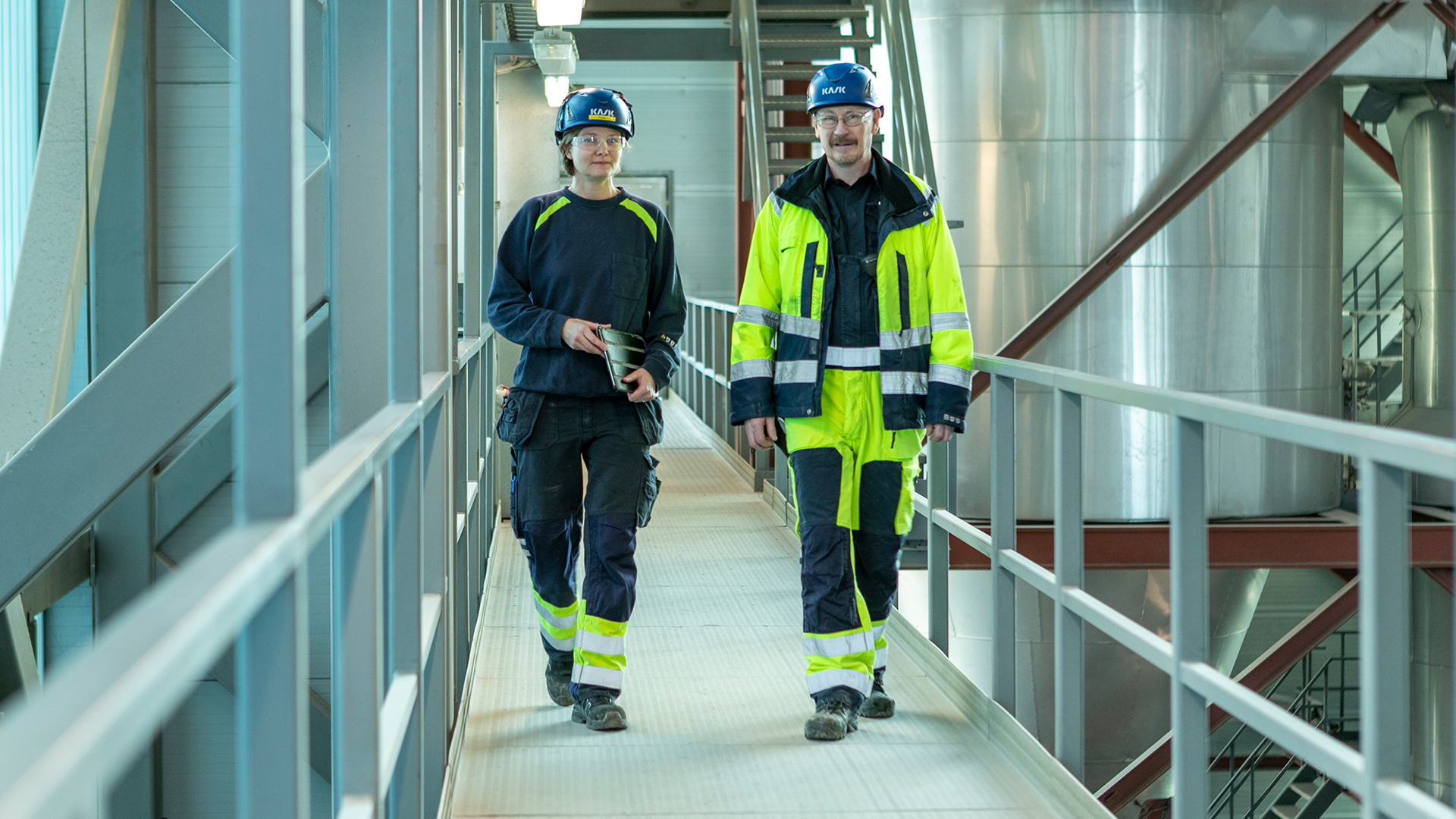 Denmark has some cold weather, so people there need dependable heating in their homes and workplaces. In Aarhus, Denmark’s second-largest city with 330,000 residents, heat comes via district heating, which is used in nearly 70% of Danish homes. With district heating, buildings are heated by connections to hot water running under the city through a circuit of pipes. “Circuit” translates to “kredsløb” in Danish, so Kredsløb is the new name of a leading provider of district heating. Kredsløb was previously known as AffaldVarme Aarhus.

Kredsløb supplies district heating to most residents and recycles waste for 170,000 households in Aarhus Municipality. Kredsløb’s 450 employees work every day toward greater sustainability. The company focuses on district heating, waste minimization, recycling, cooling, green energy, and energy optimization. Even waste collected by Kredsløb is added to the circuit as it’s burned — adding heat to water and generating electricity.

For supervisory control and data acquisition (SCADA) of its district heating system, Kredsløb chose Ignition by Inductive Automation® — an industrial application platform with tools for building solutions in SCADA, human-machine interface (HMI), and the Industrial Internet of Things (IIoT). System integration company Enuda helped Kredsløb with its Ignition implementation. Enuda is based in Helsingborg, Sweden, and builds custom IT solutions that help its clients discover new opportunities for digital transformation.

Previously, Kredsløb had an old, proprietary system that needed to be replaced. “There was no more support for the old system,” said Klaus Leth Pedersen, SCADA engineer in district heating operation for Kredsløb. “Of course, you can’t live with that in a production environment, so we had to change.” The two options were to upgrade that old system — which would have been very expensive — or install a completely new SCADA system. Kredsløb decided to go with a new system, choosing Ignition.

With its strong development features, Ignition allows Kredsløb to make its own changes to the system, without having to rely on Enuda for that. “That was our main goal, to be able to do changes ourselves,” said Pedersen. “We didn’t want to have to call an external company to make changes for us. So today we have 15 to 20 people who can maintain Ignition by themselves.”

The district heating system for Aarhus is large, with more than 1,200 miles of pipe running beneath the city. Thus, the SCADA system needs to be scalable — another requirement that Ignition handles with ease. “We have about 700,000 tags, and the system is connected to about 150 devices,” said Pedersen.

Enuda recognized that Ignition’s unlimited licensing model would keep costs down for Kredsløb. With Ignition, organizations pay by the server, and can add as many clients, screens, tags, devices, or connections as they want — at no extra cost. “It was a very competitive price,” said Jan Madsen, founder of Enuda. “The return on investment was also very attractive.” But the most important thing, Madsen observed, was for Kredsløb to have the ability to make changes on its own. “They now have a SCADA platform that’s tailored for the future, so they have something to build on,” said Madsen. “And it’s scalable, so they’ll be ready for whatever they need.”

Kredsløb also wanted a “logbook,” a place where all kinds of data could be stored for employees’ use. It needed to be intuitive, easy to access, include filters and other features, and provide data from a variety of sources. Enuda leveraged Ignition to provide all this and more. The logbook has been a welcome addition for Kredsløb. “Every morning, we start with a 15-minute meeting between the operating staff and the maintenance staff, and we go through information in the logbook,” said Pedersen. “So everybody is up to date when they start working on the system. It brings together the operating staff and the maintenance staff, and I think that’s great.”

Around 35 people are using the new system every day, with that number expected to increase. The system provides data on pumps, heat exchangers, shutoff sites, and more. Leveraging Ignition’s flexibility, Enuda helped Kredsløb create a custom alarms list. Kredsløb is also expanding on Ignition’s charting tools, which will give Kredsløb more data customized for its specific needs. Kredsløb already has greater ability to make data-driven decisions, and those opportunities will increase in the future.

Pedersen said the new system is more inclusive than the old one was. “On the previous SCADA system, the young engineers weren’t involved in maintaining the SCADA system as much as they are now,” said Pedersen. “They get to draw some overview pictures themselves now, so they feel more involved.”

Enuda’s Madsen has seen that too. “It’s building internal competencies, and people have a career path,” said Madsen. “There are things they can do now that they couldn’t do previously.”

“It’s been great working with Enuda,” said Pedersen. “They helped with a lot of the initial work and got us to start the whole project up, setting up the platform and basic stuff, so that’s helped a lot. And they helped us set up a development Ignition platform to do our development and then move it into production when it was tested and ready. It gives better quality for our people using Ignition.”

Enuda is impressed with the way Kredsløb seized the opportunity to take more control of its future. “They have an organization now capable of maintaining and developing their own SCADA system,” said Madsen. “They’ve taken the responsibility of maintaining it, so they’ve gained control themselves.”

Enuda provides an agile way of working for fast and effective results. Its expertise includes SCADA, MES, IIoT, and data robots that leverage machine learning to help customers get more value out of their data. For more information, visit enuda.eu.

One afternoon at a waste water treatment facility, an alarm goes off when the water pressure gets too high in one of the tanks. The alarm is set at priority level 4, which means "critical," but it doesn't stand out because almost every other alarm at the facility is set at that level. Besides, the operator can't acknowledge it right away because he's dealing with several other alarms that went off a few minutes earlier - which he doesn't yet realize are just "nuisance alarms."

A quick breakdown of what supervisory control and data acquisition (SCADA) is, who uses it, its history, and an overview of modern SCADA systems.

The water SCADA system at Olivenhain Municipal Water District treats about 34 million gallons per day and runs 100% on Ignition.