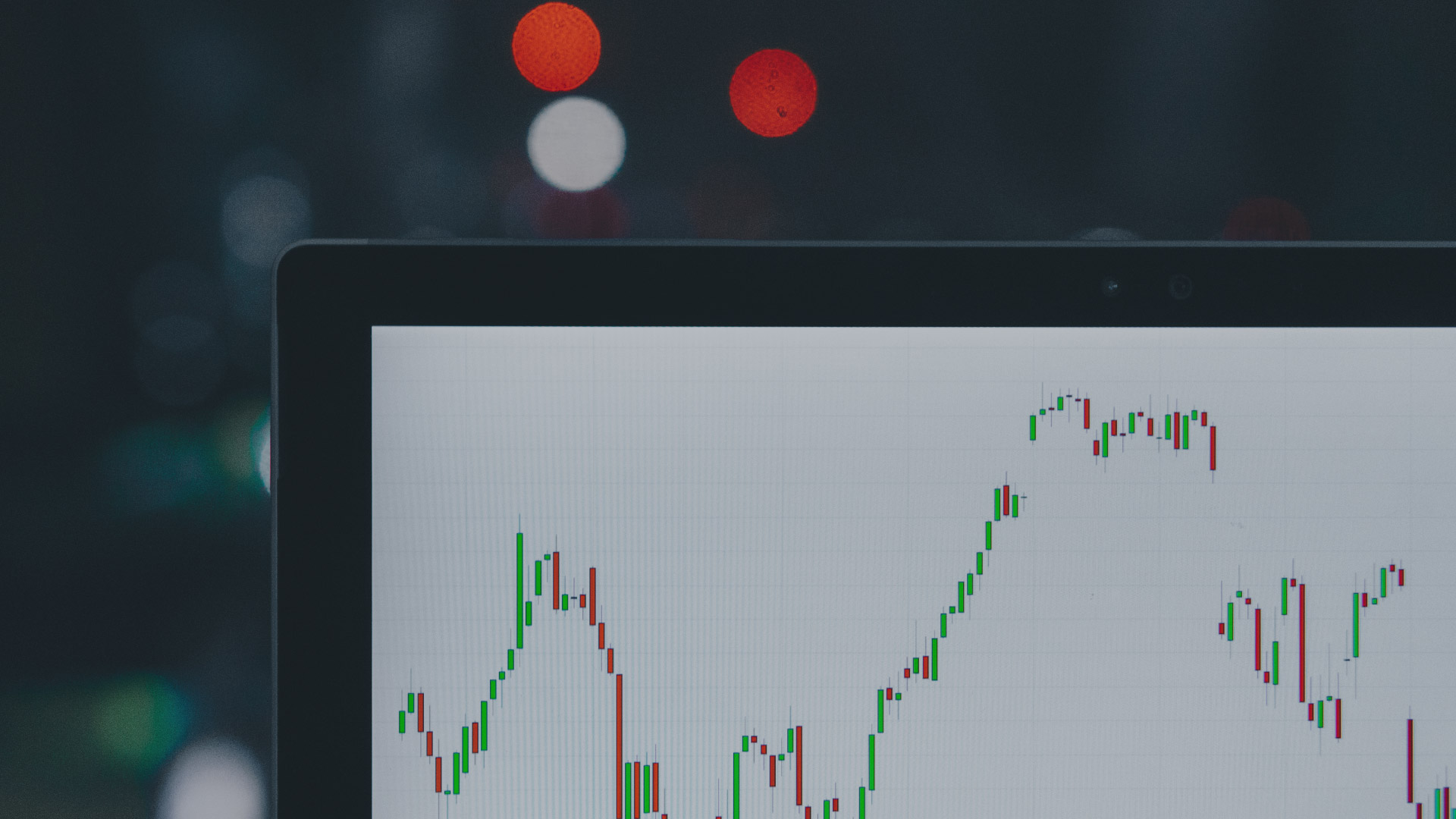 Ignition’s data historian functionality is a robust set of features that are built into Ignition modules, providing data acquisition, storage, retrieval, and visualization.

Although many people think of Ignition’s Tag Historian Module as the “Ignition Historian,” a full data historian often is described by not only storing tag data, but also storing event-based data and providing visualization. As such, this document covers the modules for those features.

Diagram 1: One possible configuration of modules when Ignition is used as a data historian.

Ignition’s modular architecture allows for the choice between using a single module or using multiple modules for a given installation. The bare minimum needed to use Ignition as a tag historian is the Tag Historian Module. Many companies use more modules, especially if event-based storage is needed or direct device communication will be used. The modules that are used in a typical system are outlined below.

This provides storage and retrieval of historical data through Ignition’s tag system. Incoming tag changes can be piped to data storage, and tag history can be retrieved through the module.

Storage of data by the Tag Historian Module can go to several locations. Internal storage is available to store small amounts of data within Ignition itself. SQL-based storage is the normal recommendation for most systems, and pipes data through to an attached SQL database. Additional storage engines are available from third-party developers, some of which can be found on the Module Showcase. Regardless of the storage engine, the Tag Historian Module offers tools for data storage rates, compression, deadbands, and a number of other features.

These modules provide data collection. The OPC UA Module acts as the foundation for Ignition’s drivers, which offer native communication to a large number of devices. It should be noted that Ignition can also connect to third-party OPC servers for data collection, either through the platform for OPC UA connections, or through the OPC COM Module for OPC DA connections.

These IIoT modules can be an integral part of data collection when using modern architectures. MQTT Engine plugs right into Ignition’s Tag Historian Module to feed data through. It also includes event storage through DRecords, which place data in database tables which create records similar to Historical Transaction Groups.

Although often not included in a data historian, the Reporting Module is worth mentioning, since it allows for generation and automatic sends of PDF reports directly from within Ignition.

Although this isn’t a module, the platform itself is worth noting as it provides a number of features. In addition to providing the required subsystems, like the tag system, the Ignition Platform also provides scripting support to react and respond to tag changes in real time, and includes an expression language that allows for tags that are based on equations or calculations. 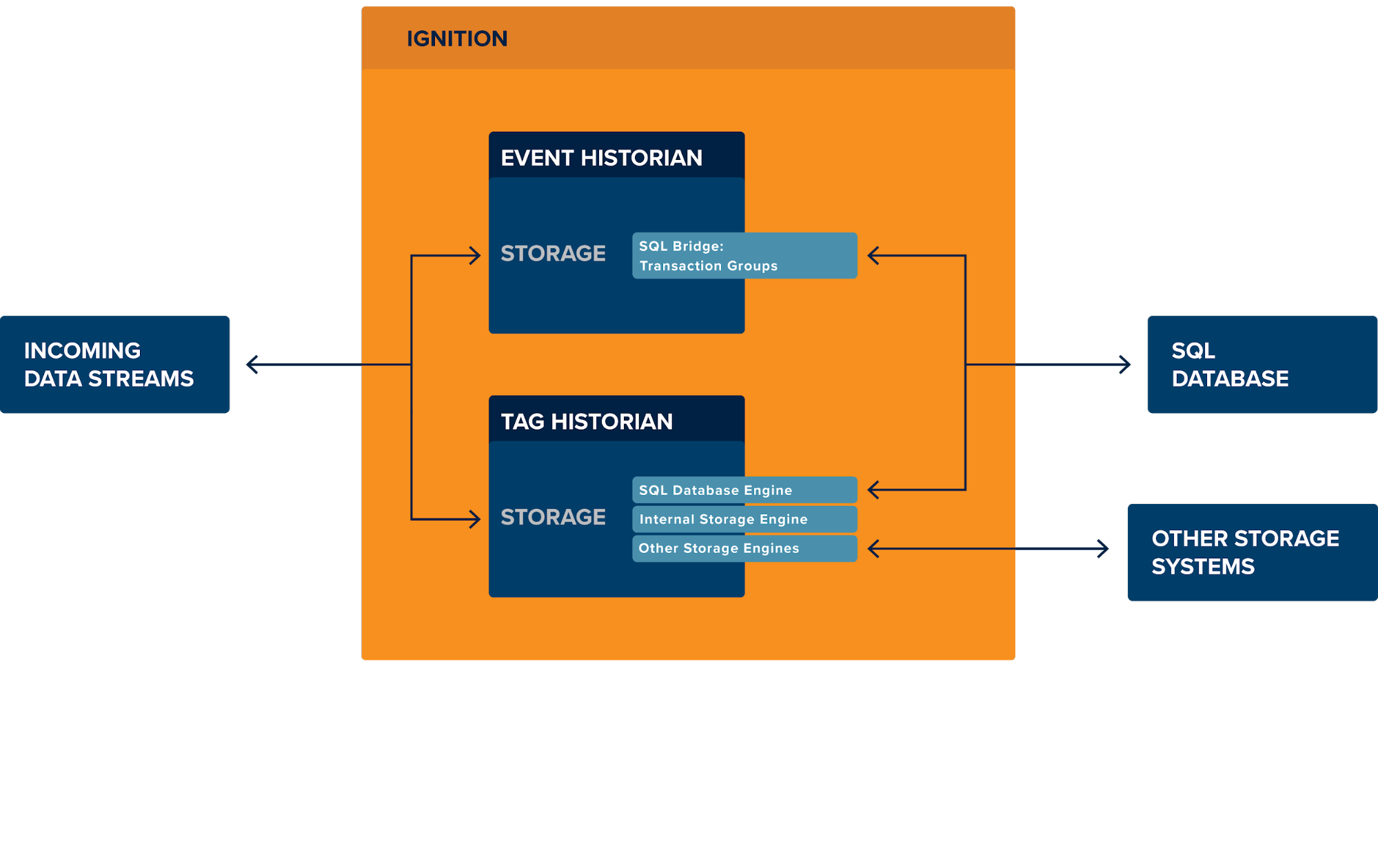 Data storage of event-based data through SQL Bridge is stored in SQL databases. SQL Bridge allows users to define table names and columns, and choose what to store and upon what triggers. Historical Transaction Groups are a good choice for most event-based logging.

Data Storage of tag-based data through Tag Historian can go to several locations. Most users target a SQL database. Other possibilities include a small internal storage system and third-party storage engines, many of which can be found on the Module Showcase. 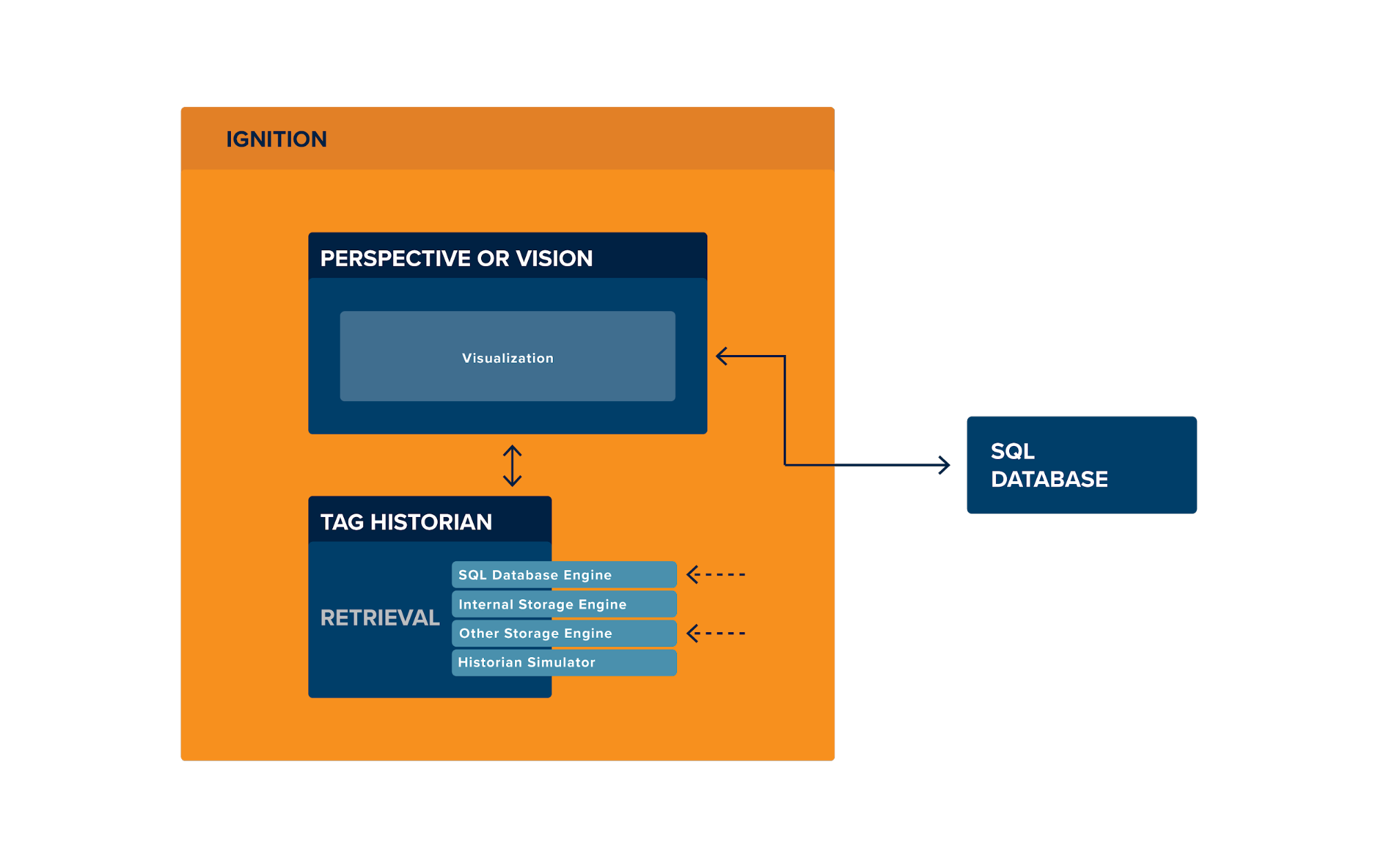 When using Perspective or Vision, Ignition provides a nice set of built-in tools for data retrieval. For Tag History, this includes Tag History bindings, a data source type for the Reporting Module, automatic integration with some charting components, and some drag-and-drop configuration in the design tools. For event data that’s stored to a SQL database, Ignition has Named Queries that allow for retrieval including support for conditions, date and quality limitations, and anything else that SQL syntax allows.

For use with external tools

For event data, external tools can query the database directly, making everything accessible to parties that have appropriate security permissions.

For tag historian data, it is recommended that external tools query data from Ignition’s APIs. This is useful so any data retrieval goes through Ignition’s logic that provides interpolation, aggregation, partition spanning, and any other logic needed for tag data retrieval. The API function for retrieving this data is system.tag.queryTagHistory(), and setting up a REST endpoint for that function is simple using the WebDev Module.

It should also be noted that Ignition’s automatically-created database tables are fully and publicly documented for those users who do wish to directly query the tables instead of using the recommended queryTagHistory() function.

These architecture diagrams are based on Ignition running with the Tag Historian Module targeting a SQL database. Note that architectures using different tag history storage could look significantly different. (For example, the open source, free Azure ADX connector written by Microsoft has very high throughputs and stores to the cloud, so no SQL database is used.)

If using a SQL database for storage, these architectures can provide a sense of possible configurations. See the Benchmarks section below to get a sense of the possible throughputs for different database technologies. 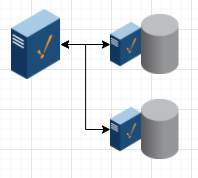 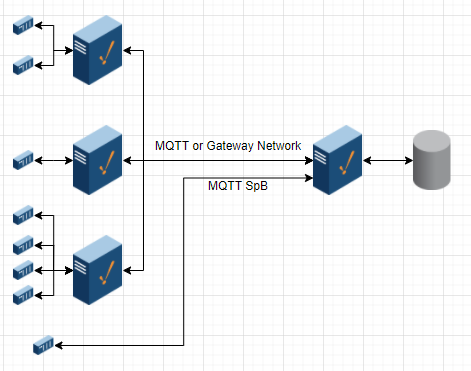 PLCs or other devices communicate with data collectors in the field. Those data collectors could be Ignition, Ignition Edge, or systems that speak MQTT Sparkplug B natively. Additionally, some devices speak MQTT Sparkplug B natively with history transfer and store & forward supported. Those devices can often communicate directly without a separate collector.

Collectors are optional. Depending on the industry, they can make sense from a bandwidth, network segmentation, and security standpoint.

Event-based data and tag-based data both need to have appropriate hardware and software to support the needs of the design. However, an appropriately designed system generally has thousands of times more tag-based data than event data. As such, the benchmarks here are focused on tag historian data and throughputs.

Benchmarks are based on throughputs. For example:

Note the rate and the tag change percent listed above. Ignition’s tag historian performance is best rated in tag changes per second.

Let’s say a database can handle 10,000 Tag Changes Per Second. This table outlines how many tags that handles:

How many tags can a single database handle?

As you can see from the table above, that depends heavily on the Storage Rate and the Change Rate of the tags. Ignition systems are configured by default to use 10s storage rates for tags. However, some users want 1s rates or faster for some or all tags. Going to faster rates is supported and encouraged as needed. Keep in mind, however, that faster rates will equate to more changes per second going to the database.

The internal historian is a disk-based historian, available directly inside Ignition. This can be a great way to store a small amount of data at remote locations or locations where a SQL database isn’t available.

The data is set to be limited by default to 1 week of data. Although that limit can be expanded, Inductive Automation doesn’t recommend storing years of data in the internal historian, as the internal historian is only intended for small amounts of local history. If you calculate out your needed timeframe to log, your rates, and your change percent, we recommend keeping the total records around 10 million rows. As the internal historian doesn’t have some of the advanced features of the SQL Database storage like automatic partitioning, anything planned for storing over 10 million records should use SQL Database storage or another storage engine.

Inductive Automation has a storage calculator spreadsheet available that can be provided upon request to help with estimating. 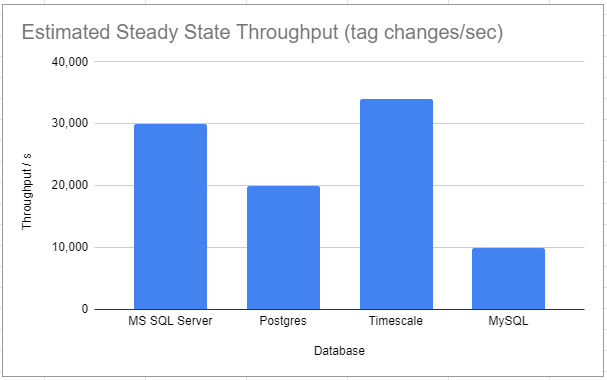 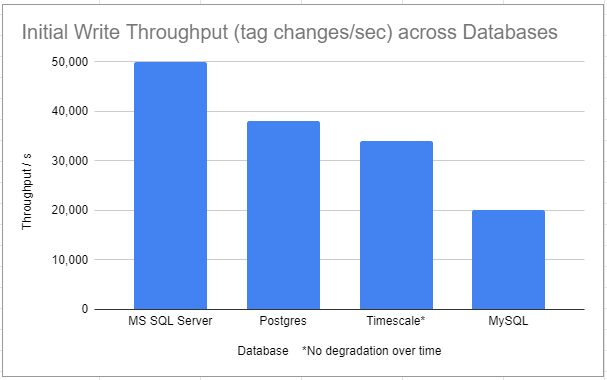 These Initial Write benchmarks are included just for reference. Most databases have high performance on initial throughput and that speed then drops until they reach a steady state. The first image above captures that steady state. If you’re running your own tests and the initial results are showing higher throughput, be sure to let the system run for a few hours or a few days to let the rates even out.

Uncompressed, unoptimized storage requirements in SQL databases take around 100 bytes per tag change, regardless of the database chosen.

Based on that number, it’s fairly easy to calculate storage requirements.

Note that many databases have compression options, which can reduce the overall storage required by 30-50% or more, generally at the cost of CPU / throughput. Timescale, specifically, has an option that claims to reduce storage by up to 90% in certain circumstances. If storage space is a main constraining factor, it may be worth exploring these options.

Network quality throughput testing was performed using Microsoft SQL Server. It is believed to be a reasonable expectation that other databases follow similar performance characteristics when it comes to network latency.

All results are rated in thousands of tag changes per second.

As can be seen in the numbers, Ignition is much more resilient in Scenario 2, where a performance degradation can’t even be seen until there are a significant percent of dropped packets or over 100ms latency. This testing was performed with large numbers of tag changes at a one-second rate.

These optimizations may apply to all systems.

These optimizations apply if you have a system spec’d or in production where you are expecting high throughput in terms of tag changes per second.

Inductive Automation has a strong focus on security and provides guidance on securing individual Ignition Gateways. Inductive Automation recommends referring to the latest Security Hardening Guidelines for the latest in securing an individual Ignition Gateway, which can be found here: https://inductiveautomation.com/resources/article/ignition-security-hardening-guide

Encryption in-flight can be an important consideration for any historical data. Ignition can run over secured networks, and all data transfer can run over VPN or other encrypted tunnels that support normal IP traffic. Additionally, Ignition client-to-server communication can be encrypted, Gateway-to-Gateway communication can be encrypted, and Gateway-to-Database traffic can be encrypted for all major databases. Some devices themselves don’t support encryption or other security measures, so it’s important to consider how to secure that device communication. Sometimes the solution is to put a small data collection device next to the insecure hardware, running Ignition Edge or another piece of software, to keep unencrypted communication off of any networks. Other solutions include VLAN encryption and securing networks for unencrypted traffic using firewall rules, IDSs, and other security measures. Inductive Automation recommends working with security experts if any questions arise on device communication security.

Encryption at-rest can be accomplished by encrypting drives where data will be stored or encrypting database tables if using a SQL database for data storage. These encryption tools will be part of the database management tools. Encryption at-rest generally doesn’t require the drive that Ignition is running on to be encrypted, since Ignition does not act as the main storage medium. Depending on the traffic, performance, and settings in Ignition, there’s a chance that cached data in the Store & Forward system could be temporarily written to disk from Ignition. If this data is required to be encrypted at-rest, even while temporarily buffered to disk, then in that case it would be appropriate to encrypt the drive Ignition runs on as well.

Client security is normally accomplished using TLS 1.2/1.3 encryption, which provides the same level of encryption as a typical banking website. Standard PKI certificates are used, and the steps for configuration are covered in the Ignition documentation. Refer to the Security Hardening Guide above for guidance on enabling TLS in Ignition.

A Glimpse of Automation’s Future: From MRP to IIoT and Beyond

A Glimpse of Automation’s Future: From MRP to IIoT and Beyond

Listen to the podcast
case study Food and Beverage

Ignition expands the limits of SCADA for breweries by providing more features for IT and the ability to grow their SCADA systems exponentially. Learn more in this Ignition SCADA case study.