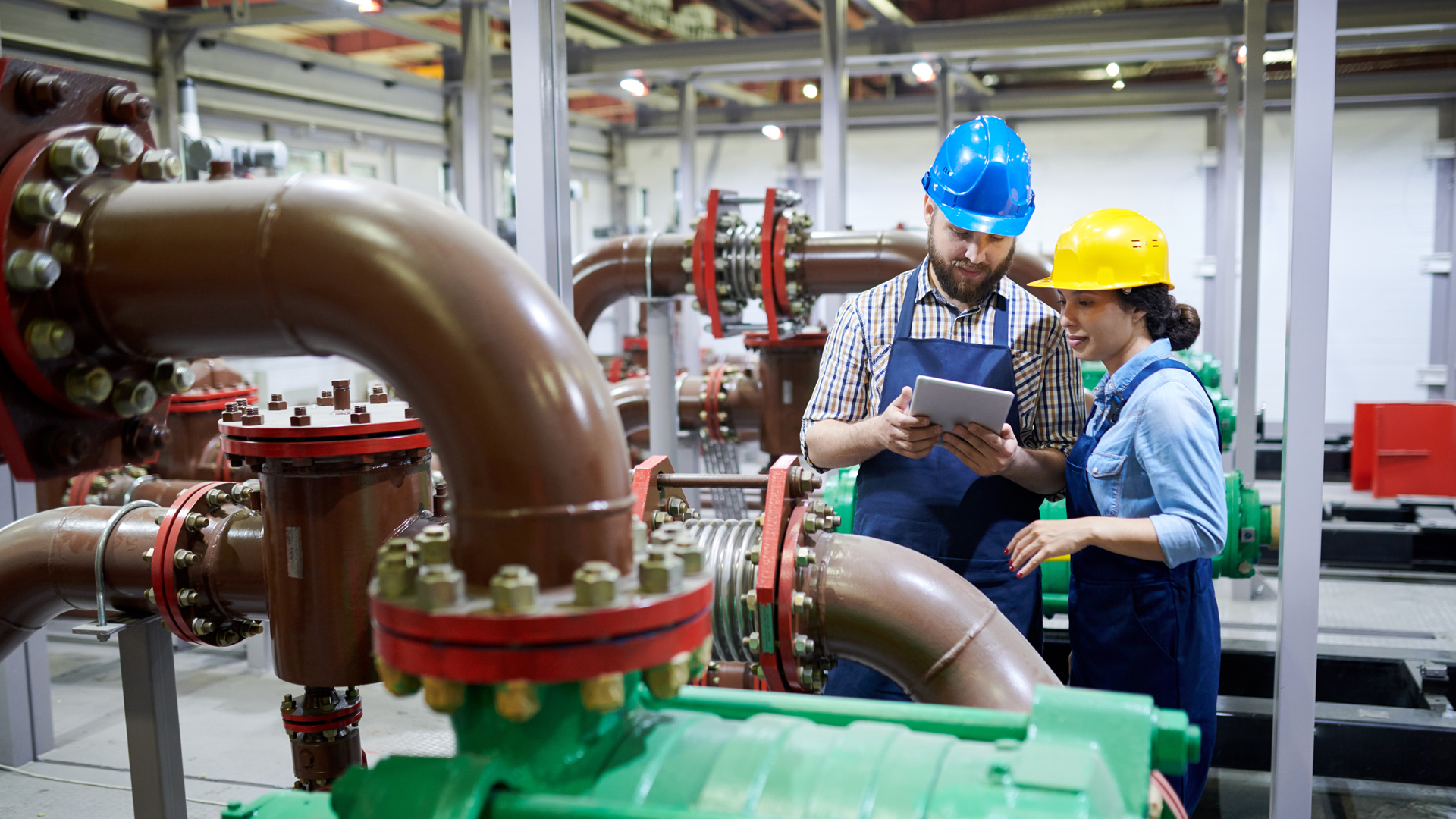 Inductive Automation serves 600-plus water/wastewater facilities around the world and the number keeps growing. As more and more water utilities face the need to upgrade their current aging SCADA systems or install brand-new ones, we teamed up with Water & Wastes Digest to take a closer look at three of the biggest reasons why our customers choose Ignition for their projects.

Most legacy supervisory control and data acquisition (SCADA) systems are license-based, meaning companies purchase individual licenses for each client and project. These licenses can easily add up in expenses or limit the number of projects a utility can take on. By selecting a server-centric SCADA system, rather than a license-based system, utilities can better manage expenses while still allowing for flexibility and growth. 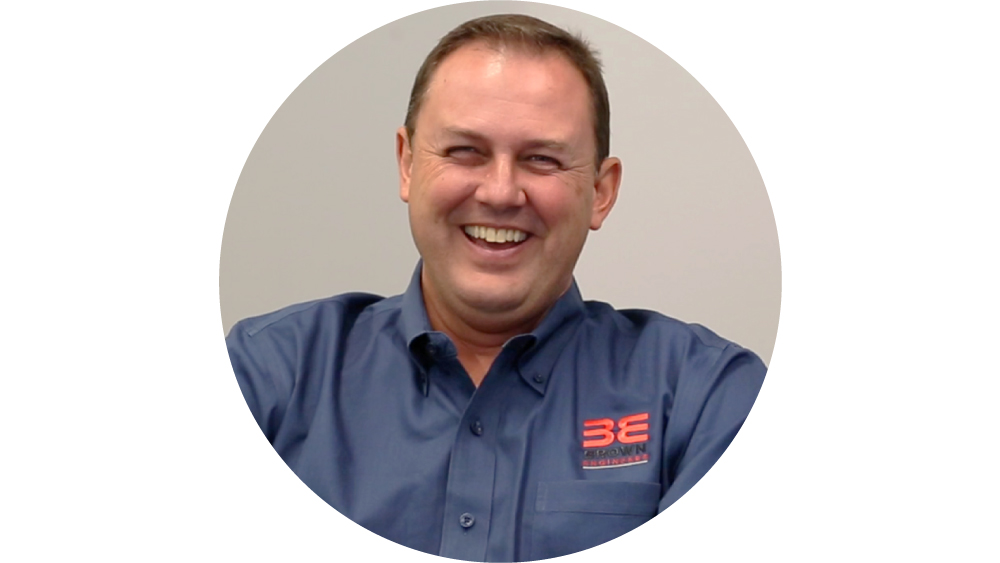 "You license it by a gateway or a single project server installation, and then everybody on the network who needs to have access to that data watches it [by] clicking like you would on a website, and launching the application," said Dee Brown, principal at Brown Engineers in Little Rock, Ark.

A server-centric system, such as Inductive Automation’s Ignition software, provides unlimited client access and connections so that each member of the team can view relevant data and analytics, as well as unlimited project tags at no additional cost. With unlimited licensing, utilities have unlimited scalability and modular configurability, and the ability to customize their systems to fit their needs as they expand and/or take on more projects.

"The unlimited licensing was definitely an attraction of mine and what led to us doing as much as we did," said Jason Hamlin, former head of operations and technology at the wastewater treatment plant in Lynchburg, Virginia.

Lynchburg began using Ignition to simply control the plant’s dewatering system, and eventually expanded its use of the software to monitor, control and capture data in its main plant, create a database front-end for plant data collection, monitor and control remote sites, and create a public notification system for CSO events. 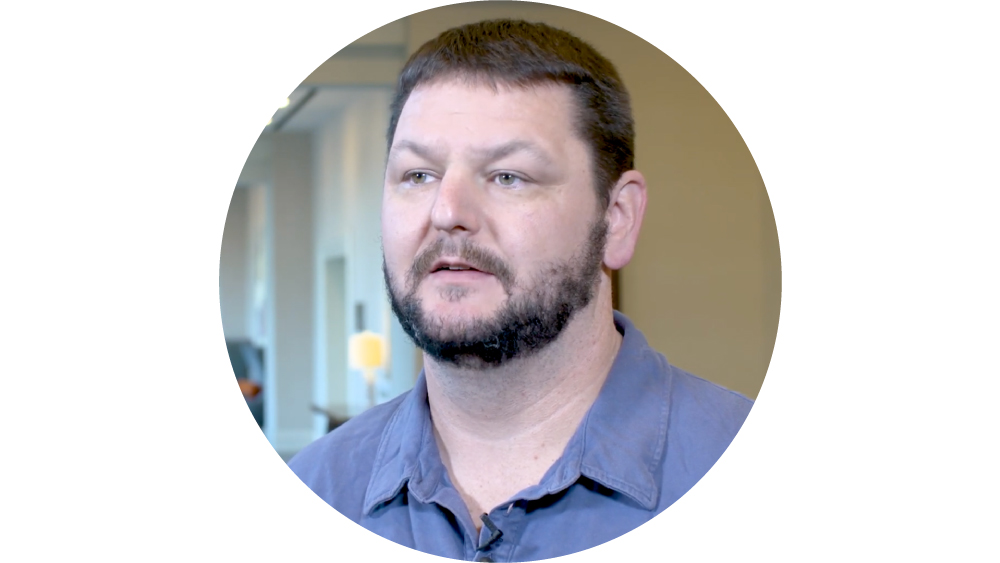 "What people glance over is the unlimited projects. When I left, I think we maxed out about 10 or 12 different projects going at the same time and there were never any additional licensing costs to do that," Hamlin said.

Henry Palechek, instrumentation and control systems supervisor at a water district in California, said while costs quickly add up with legacy SCADA software, a system with unlimited licensing can result in significant cost savings. The California water district initially deployed Ignition as a data historian in 2007. Presently, it uses the software to oversee the control of conventional water treatment and control water in the distribution system for five communities and three neighboring water districts.

"With the legacy SCADA software, I would be buying a development computer, one or two communications servers, and a client for each desktop or workstation where an operator might be. Each one of those would be a license file, varying in cost anywhere from $1,000 to $13,000," Palechek said. "With the Ignition software you have either a standalone server or a redundant pair and it serves the client setup. There’s no SCADA software to install. You just point it to the server and it comes across."

Maintaining a consistent flow of data across the enterprise can be challenging, especially for utilities with old SCADA systems. Most legacy SCADA systems are built to communicate only with a specific, vendor-endorsed database and are often unable to connect to SQL databases. This inaccessibility often results in decreased efficiency and innovation.

Built on information technologies like SQL and Python, Inductive Automation’s Ignition SCADA platform allows utilities to integrate all of their systems and to manage and maintain a consistent flow of large datasets throughout the enterprise. For utilities that need to run old equipment alongside newer equipment, Modbus, OPC UA, and MQTT modules and drivers ensure that utilities can connect to any PLC and create a unified system— a benefit even for smaller organizations.

Although the wastewater plant in Lynchburg, Virginia, is not a huge utility, it still saw the benefits of open technologies. “We had two different PLC manufacturers primarily at the plant, so the ability to connect to two was great,” said Hamlin. The city also added Modbus drivers and connected about 20 devices from five or six different brands.

For Palechek, instrumentation and control systems supervisor at a water district in California, open standards provide a solution for a data entry pain point that his plant in California had been experiencing with their power meters and variable speed drives (VSDs).

"Sometimes when you’re talking to a device like a VSD, it may support the Modbus protocol, but it might not support it in the standard format that a Modbus PLC would format the data. When you’re reading from a power meter or from a VSD, they’re maybe counting in hexadecimal. And so what happens is if you’re trying to match the numbers, it messes you up," he said.

With Ignition’s OPC UA Module, a user can enter octal, decimal, or hex data into a table that’s built into the software, and the Modbus registers natively to how the VSD power monitor or PLC will show.

“They’ve made it super easy. The conversion is pretty open and powerful technology that’s in the background taking care of something that’s cumbersome, so that’s no longer a pain point for us anymore,” Palechek said.

Open technology also gives utilities the freedom to push out necessary updates to their operating systems and virus software without any impact to SCADA software. This frees them up to choose whatever database best meets business needs.

"If you were to look at a legacy product, you wouldn’t be able to upgrade from the latest data historian without doing a version update to the SCADA software itself because they’re almost married," said Palechek. "With Ignition, I was able to transition from a Microsoft SQL database to a MySQL database, keep the MySQL database up to date with newer versions as they came out, and transfer from 32-bit technology to 64-bit technology completely independent of any upgrades that I had to do on the SCADA software."

The restrictions of these legacy systems limit who can have access to the system and where, and also make utilities vulnerable to Microsoft upgrades, security issues, and patches. This also can cause issues when Microsoft terminates support for an operating system.

"That can be a big hurdle because many utilities will already have a large infrastructure in place with different devices. So, having to worry about whether a system will be able to work with a certain device can be a problem," said Allen Rogers, principal at SKM, Inc. 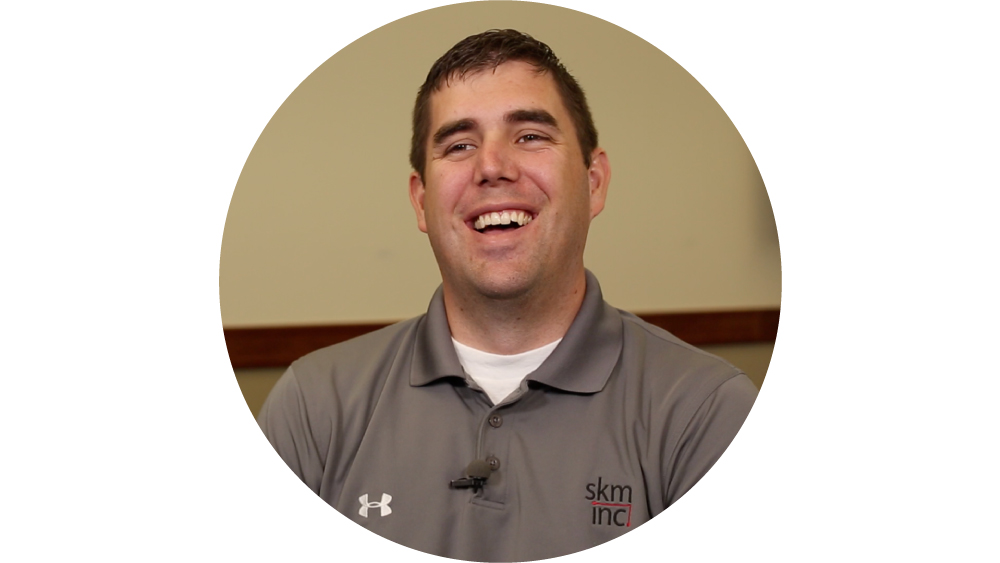 A SCADA system built on open, IT-standard technologies, however, can run on any operating system, including Windows, Mac, and Linux. Inductive Automation’s Ignition, for example, is a server-centric SCADA platform, meaning it is easily web-deployable and can be downloaded and installed in minutes, no driver required.

"You can run it on almost any device, and with the new version, which will use HTML5, we’ll be able to use it on any device that has a web browser," Rogers said.

The system can also be easily accessed, updates can be pushed out to clients almost immediately, and users can connect from practically anywhere — not just the plant floor. This is a major advantage for integrators who are working on projects with utilities that have an existing framework in place.

Cross-platform compatibility also gives utilities the freedom to try new configurations. After Hamlin was able to use the system on his Linux machine and in his IT shop on a Windows computer, he decided to set up a backup server.

Hamlin set up a primary server on Windows and a backup server on Linux for the redundancy. "If something took out Windows, the Linux box is still working and vice versa," Hamlin said. “For years we ran the system with Linux and Windows and that was awesome just to be able to do that as easily as we could."

This cross-platform compatibility means users don’t have to worry about operating-system or virus upgrades breaking their SCADA, a common issue that many utilities face with legacy systems.

"When we had our legacy software, the transition from device path 2 to service path 3 would break the SCADA software. When Microsoft would change how something worked, it would break my SCADA software," said Palechek. "I’ve been able to make version upgrades on Ignition without any problem."

How Can Ignition Help Your Facility?

For a lot of our customers, these three pivotal reasons are why they have made Ignition their platform of choice. Unlimited licensing helped to vastly reduce cost while encouraging innovation and problem-solving. Ignition’s use of open communication standards and cross-platform capability enabled customers to tie legacy systems to modern infrastructures and ensured future growth with scalable architectures.

For more examples of how Ignition is helping water utilities improve their operations, here are some additional Ignition success stories in Water & Wastes Digest:

To learn more about what Ignition can do for your water/wastewater facility, we invite you to check out our Ignition SCADA webpage or schedule a demo at your convenience.

In this webinar, Kent Melville and Annie Wise from Inductive Automation, and water/wastewater controls professionals Henry Palechek and Jason Hamlin, cover the 10 steps for building a sustainable SCADA system that survives and even thrives using only your operational expenditure budget.

The project consisted of providing a real-time performance system to measure the OEE and identify improvement opportunities for each area of the factory floor.